Why Bitcoin IS Intrinsically Valuable 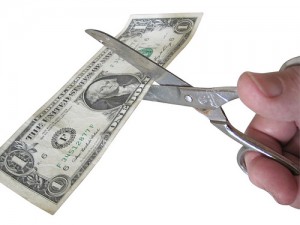 Image credit: Flickr[/caption] It has been said a lot. Bitcoin is risky because it not "backed" by any government, asset, or commodity and has no intrinsic value in and of itself. It is true that Bitcoin is risky, but not for any those reasons. Bitcoin is risky because it is an entirely new disruptive technology with revolutionary potential in an unknown regulatory environment. The risk lies in Bitcoin's ability to persevere despite the uncertain regulatory climate and realize its unspoken potential. The jury is still out on that. Fiat currencies - especially the U.S. Dollar - have somewhat of an "illusory" intrinsic value in that they are legally required to perform certain actions such as paying taxes and purchasing oil. In a way, fiat currencies are intrinsically valuable by state mandate and coercion.

Taxes, for example, must be paid in fiat. And as a result of international trade agreements, oil is priced and traded in "[U.S.] Dollars per barrel," meaning that countries must purchase and maintain large reserves of U.S. Dollars in order to buy oil. For example, when Germany purchases oil it must sell Euros to buy U.S. Dollars in order to do so. This artificially created demand for the U.S. Dollar (specifically U.S. Treasury Bonds) is made possible by the "petrodollar." Basically, it works like this:

Gold and other precious metals are often said to be intrinsically valuable, but why? Because they're nice and shiny? Because they're a finite material and expensive to dig up? Sure, precious metals are used in jewelry but what practical use do these metals have aside from aesthetics? Silicon, on the other hand, is intrinsically valuable as a semiconductor material used to produce microchips that power an entire spectrum of electronic devices. And yet, with silicon selling at an average price of $0.50/ounce and gold at about $1,275/ounce, silicon is worth about 1/40,800 its weight in gold. It seems that the law of supply and demand ignores utility when it comes to gold vs. silicon. Part of that, I know, is due to gold's long history as a standard store of value. Bitcoin isn't physical, so its value can't be measured by weight. Nor is it debt, so it isn't measured by interest rate. Bitcoins are basically data, but size doesn't matter; data size doesn't determine quantity of Bitcoin. So how is Bitcoin measured and why is it valuable? Bitcoin is measured by its own finite quantity and valued for its intrinsically valuable function. The Bitcoin protocol has immense intrinsic value as a self-regulating frictionless payment network affordable to almost anyone. Here is a technology that allows anyone to send any amount of money to anyone else in the world at virtually no cost with nothing more than an Internet connection or smart phone. Bitcoin, like the Internet, is one of those innovations that can break down barriers; information barriers in the case of the Internet, and financial barriers with Bitcoin. What I mean when I say that "Bitcoin is measured by its own finite quantity" is that the value of a single Bitcoin is measured against the strict limit of 21 million Bitcoins that can ever be produced. It is true that there will ultimately be less than 21 million coins at the end of Bitcoin's production (approximately scheduled for the year 2140) due to accidental loss or destruction of coins, but let's just say 21 million to keep it simple. The total intrinsic value of Bitcoin as a self-regulating frictionless payment network is measured relative to the strict limit of 21 million Bitcoins and in fact contributes to Bitcoin's value by limiting supply. [caption id="attachment_1415" align="alignright" width="250"] 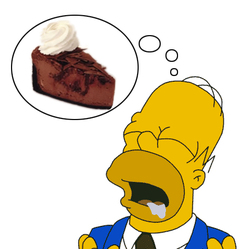 Mmmm.... pie.[/caption] Owning a single Bitcoin is in some sense like owning 1/21,000,000th of the sum of all benefits created by the entire Bitcoin protocol. While this number may seem small, it may one day be a tiny sliver of an unimaginably immense pie. After all, it is difficult to quantify the total benefits of the Bitcoin protocol (size of the pie) when many of those benefits have yet to be developed or discovered. These developments and discoveries may enlarge the Bitcoin pie to the point where there would be enough pie to cure hunger. And if that day ever comes, a tiny sliver of pie may be more than even Homer Simpson could eat.