The Problem of Ripple

and the Liabilities of Legitimacy

by Adam B. Levine 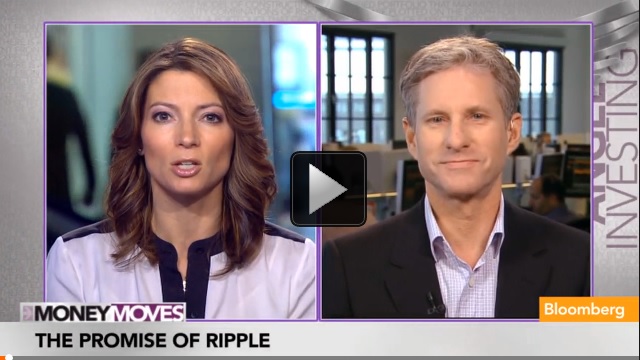 As a guy on a sho

w called Let’s Talk Bitcoin, it comes as no surprise I think Bitcoin is the bee’s knees so far as digital currency options are concerned.  Recently I sat on a panel at the C2SV conference, and one of the other experts on the panel was Chris Larsen of Ripple Labs.

He said a couple of things I disagree with.   First, that Ripple is Bitcoin 2.0.    That’s an odd thing to say.   And second, that if you get Law Enforcement on the side of your currency you’ll have won.

For those of you not familiar with the Ripple system, it can be thought of as a parallel development to Bitcoin that tries to solve many of the same problems; trustless, bankless money transmission to anywhere in the internet connected world.   Ripple goes about solving the problems slightly differently.

There are no miners; transaction validity is determined by a cascading consensus engine.  Ripples themselves (XRP) were fully pre-mined and initially owned by Ripple Labs. They aren’t really traded as currency themselves, instead they are intended as an anti-spam mechanism - Like a stamp on an envelope with a check inside.

Where Bitcoin is an ownership based person-to-person system, Ripple is built on interconnected networks of p2p credit. Bitcoins are wholly owned with no risk of the redeeming party defaulting.

The Bitcoin system transfers ownership of one thing - Bitcoins.  People can build layers on top of it to do other things, but at a protocol level it’s just bitcoins on the Bitcoin network.

What if you don’t want to send Bitcoins?  Ripple is a good option.  When you send US dollars through the Ripple system, you’re really sending IOUs that will be redeemed somewhere else in the system.   Depending on your need to transact in non-Bitcoin terms, this might be important- or you might prefer instead the wholly-owned nature of cryptocurrency.

I don’t think it’s fair to say that Ripple is Bitcoin 2.0; it's more like a parallel evolution that brings its own strengths and weaknesses to the table.  It’s a better fit for some needs, and worse for others.  No question, if Ripple had matured before Bitcoin we’d be having a similar conversation... and it would be just as wrong to called Bitcoin “Ripple 2.0”

One of the liabilities that Ripple has all to itself is a corporate structure.  They make the argument, as will Invictus Innovations when they launch the Bitshares protocol, that just because a company designs creates and releases a protocol into the wild doesn't imbue them with any responsibility for any disruptions that protocol might cause.

Satoshi didn’t disappear because of all the appreciation that was sure to be showered upon him, rather the risks of standing alongside such a disruptive thing was sure to generate a bad outcome.  Maybe not for Satoshi, but somebody loses in that scenario because there are entities and individuals to whom pressure can be applied.

It's tempting to want Law Enforcement on our side, they're scary folks doing a difficult job.   I used to have an unreasonable amount of respect and awe about the people who apply our justice system but over the last few years, experience finds that diminished.   I see more arrests for petty crimes and no enforcement of the law where the most egregious violations have taken place; finance.

Ultimately there isn’t much question here - In Bitcoin, barring a registration process that sees public keys issued to specific names, I don’t see how you tell the signal from the noise on anything but specific cases.  In Ripple, I don’t know, but I’m very curious. It’s also not surprising that Ripple Labs takes that approach - What choice do they have?  If they’re seen as aiding or enabling illegal activities they have facilities that can be raided, assets that can be seized.  Look at how law enforcement deals with media piracy, anything a payment network would be guilty of is of course worse. We live in strange times, but some things are so powerful and dangerous that to sign your name is tantamount to suicide.  Maybe not for you, but the project - No reason why a pressured company has to die if instead they comply. With money, the issues are always of permission.  Not technology.