The Opportunity of Alt-Coins 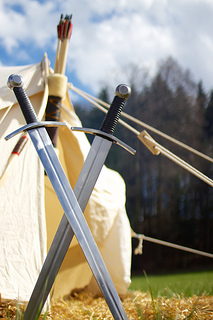 by Adam B. Levine

There can only be one.  The Network effect is simply too strong.  Bitcoin has orders of magnitudes more adoption, acceptance and use compared to any other cryptocurrency on the market.  The game is over and Bitcoin won.

In order for an Alt-Coin to be successful, it has to be substantially better in multiple ways in order to attract current Bitcoin users.  It can’t just be as good or even a little better, it has to be much better and obviously so.

I used to believe those statements, and I think there’s a temptation to do just that when you’ve invested the time and money to understand and acquire Bitcoin.  I already bought my cryptocurrency; why would I want to jump through those hoops again for something even more speculative?

Since spring of 2013 I’ve worked on Bitcoin projects full time.  Everyone is excited and motivated, projects are cheap and can move from idea to reality with incredible speed.  It’s easy to forget that as a culture of early adopters, we represent less than .01% of global population.    The total market cap of our global Bitcoin economy is tiny compared to any other international commodity, and the reality is most people don’t know about  Cryptocurrency, what it is, or why they should care about it.

Now contrast that with a world where money as a whole is becoming more volatile, financial crises are commonplace, and periodic systemic disruptions shake individuals out of their daily routines- all of this making them ask questions that should not be asked.

Like why can’t our system function as we require it to?  Isn’t there a better way?

This is the opportunity of Alt-coins.

Yes, of course they can improve on what Bitcoin has created.

This is different than something like Facebook, where the act of leaving not only takes quite a bit of perseverance but comes at the cost of all the connections and content you’ve spent your time accumulating and creating while using their service.  This is the value you give up, and it turns upgrading into a choice carrying consequence and cost.

A substantially better product will almost always find its place in a market where the cost to move from one option to the other is cheap and easy.  Cryptocurrency to Cryptocurrency (Bitcoin to Litecoin for example) transactions are “frictionless;” what exchange fees exist are minimal, transactions are fast, and no identity is required.

But look beyond that- what I’m arguing here is that even a straight clone of Bitcoin could succeed if it were marketed to another sub-niche included in the 99.99% not currently using Bitcoin.     Yes, with a Bitcoin-using crowd you have to beat out features by a substantial margin- but if your cryptocurrency is the one first introduced to a large geographic or ideological sub niche, they would see all the innovations in that currency rather than Bitcoin and could develop into a parallel network that rivaled Bitcoin.

Primecoin is a great example of this.  Outside of its proof-of-work which generates somewhat useful strings of prime numbers rather than the non-useful SHA256 Bitcoin relies on, the changes to it are very superficial.  A slightly faster block time, a larger number of coins.

But Primecoin has that one nugget that solves a problem - How do you push science forward through pooled computation when there are only costs and no incentives beyond altruism?   Primecoin uses that work to generate a cryptocurrency, so now instead of only altruism you can leverage profit motive as well.

Suddenly people who don’t care about privacy or ease of transactions have a reason to care about Cryptocurrencies as they never have before.  The context makes it relevant, and in the short amount of time Primecoin has existed it’s actually broken a growing number of rather abstract world records in the Prime-Strings space.

What would happen if Popular Science covered Primecoin?   It’s no longer about speculating; people with computers can assist in the useful mining process and those wanting to support their work can “donate” by buying the resulting Primecoins and increasing the amount of value in the network.

In my estimation, the stillbirth of Altcoins has been grossly exaggerated.  Declaring a victor in the battle for the future of money is like looking at a ward full of infants and picking the future presidents; we just don’t know yet, and any attempt to make such a judgement will not only be wrong but likely ruin the chosen one's chances.

We live in a world of one size fits all solutions that fit hardly anyone well.  My strategy is to keep an open mind and pay attention to each individuals merits as they make themselves known.  There is no assumed winner, there might never be, and I’m increasingly thinking that is a good thing.