The Ghost in the Machine at MtGox

by Adam B. Levine, and Napoleon Cole  2/27/2014 with assistance from Ben Davenport, Martin Harrigan, Charlie Shrem, and the ##MtGox-Statement IRC Channel

Disclaimer:  This is a working theory and as such is highly speculative. While we present our findings to you for novelty and to add this information to the community conversation, the only real truth can come from MtGox.

Yesterday we published an alternative theory of where the coins went in the MtGox calamity.  But what if the coins weren't really stolen at all?  What if the perpetually bumbling exchange simply lost the keys and didn’t have the heart to tell anyone?   This idea caught fire over night and today we pick up yesterday’s thread, with a few more facts and a bunch more speculation inferred from it.

This exercise is the digital equivalent of moving $100 from one pants pocket to the other standing in front of a crowd.  You proved you had control of the money without exposing it to any risk.

In 2011 this served as an official “proof-of-solvency” and succeeded in quelling the concerns of the time.  When analyzed in today’s light, this same “proof” now raises more questions than it answers.

Earlier this week, a leaked Crisis Strategy Brief prepared by an outside firm for MtGox revealed the exchange has only 2,000 bitcoins in a spending or “Hot” wallet and no “Cold” (offline only) funds at all.    After much analysis, consultation and consideration, we feel there is strong circumstantial evidence that MtGox should in fact currently control at least 90,000 bitcoins in two yet unspent accounts.

Bitcoin’s nascent “blockchain forensics” is a new science that is a literal “follow the money” sort of operation.  We begin our journey in June of 2011, when concerns about Gox reached a head and CEO Mark Karpelles (magicaltux) agreed to take action as a demonstration that he controlled a non-trivial amount of coins, and so was solvent.

And he did!  On the blockchain we can see this very unique transaction with a timestamp that corresponds almost exactly with the IRC conversation, which brings me to...

Mark (MagicalTux) makes the 424 transaction at approximately the same time, and on the same date as the IRC log is posted to pastebin. http://pastebin.com/d7vp06hL.  At this point we believe that MtGox has control of the coins.

The coins stay put in their respective addresses until late August, at which point they were spent in the same block.  Subsequent transactions following both amounts eventually lead to a very large 550,000 BTC transaction mentioned below.  At this point, we believe that MtGox has control of the coins.

These interconnected transactions being contained in the same block means they were performed on a local machine that didn’t have to wait for even a single confirmation before being able to send on the funds just received.  At this point, we still believe that MtGox has control of the coins. 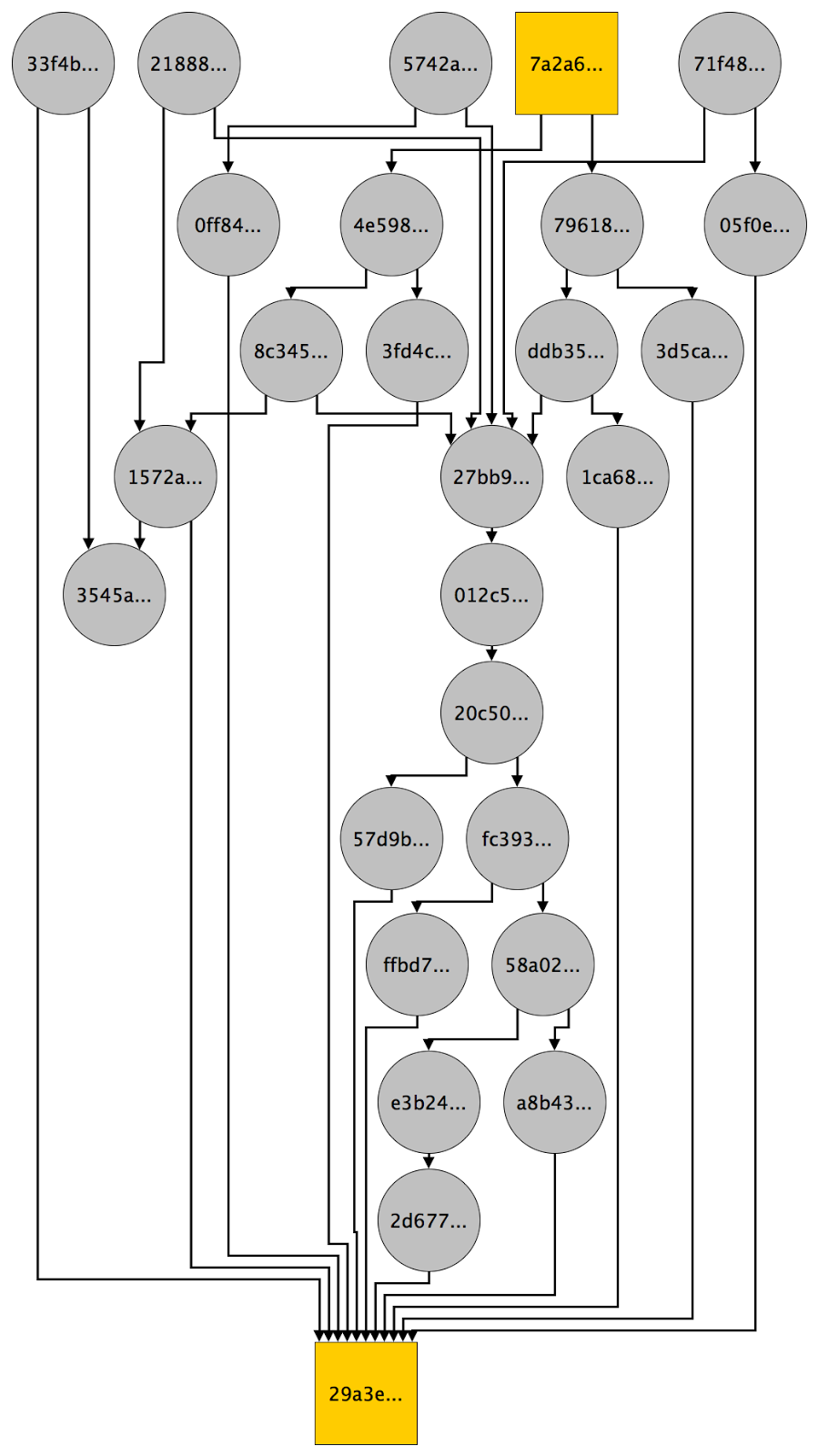 The 50,000 output is still there, unspent. https://blockchain.info/address/1P3S1grZYmcqYDuaEDVDYobJ5Fx85E9fE9

The vast majority (99.85%) of the 500,000 output is moved over several transactions to a known MtGox address two days later on the 18th of November. https://blockchain.info/tx/b269bf1b82dae8a61f7f91dbf7a9d807e30963c1ae00ddd95a8faebea6d0a007   Throughout all of this, we believe that these are internal MtGox transactions and they retain control of the coins.

What we infer from this:

2) All subsequent transactions leading to the 550,000 transaction on Nov 11th are synchronized, suggesting a single controller.

3) The controller of those transactions created two outputs totalling 90,000 that are unspent since Nov of 2011.  That person, which we believe to be either MtGox or Mark K. personally should still have control of those funds.

If MtGox does indeed have control of that 90,000BTC unspent since 2011, it means either the numbers on the MtGox Crisis Strategy Draft are flatly wrong and they control considerably more BTC than the document suggests, or something else is afoot.

We have established through several distinct channels that the MtGox Crisis Strategy Draft was prepared at the request of MtGox by an outside consulting firm (Mandalah Global), who used financial and BTC balances provided directly from MtGox.

If the MtGox Crisis Strategy Draft numbers are accurate it is because MtGox isn’t counting the coins because they no longer control the keys.   Mark K. has said that the coins are “unavailable.”  It is possible the keys were lost since November 2011, or they are not physically accessible for some other reason.

One possible obvious explanation of this would be if one or two users were owed and received these large amounts (one chunk of 40,000 bitcoins and one of 50,000 bitcoins), then never moved them.  While we believe this is possible, it seems unlikely to us.

So, as promised, some follow-the-money and lots of speculation.   The only person it appears who can tell us what really happened is Mark K. While ours is a minority report, we believe it provides a more plausible explanation than the originally proffered “750,000BTC was stolen via Transaction Malleability” theory.

This is not to say Transaction Malleability didn’t play a role; rather the losses it caused catalyzed the discovery within MtGox itself that what had been perceived as the safest of the safe bitcoins, the ones stored offline for years in large blocks, were in fact trapped inside a transparent, impermeable vault they no longer had the combination to.

Though MtGox’s self-induced vulnerability to transaction malleability may have played a role in its downfall, according to what we’ve seen we don’t think it could be responsible for the entire Bitcoin loss.   What do you think?