The Archetypes of Virtual Currency 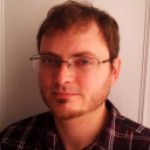 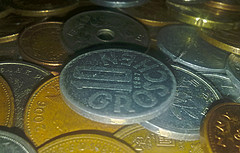 BITCOIN is the godfather of proof-of-work based peer-to-peer digital currency. What makes Bitcoin such an important innovation is how it fuses the reliability and convenience of the Internet backbone with the core attributes of good money: scarcity, fungibility, and durability.

The giant community of Bitcoin users are assured by the Bitcoin protocol that their currency cannot be inflated, and that their transactions are secure and irreversible. The system’s reward structure is considered fair because anybody can earn coins by participating in securing the network through “mining”, otherwise known as generating proof-of-work.

RIPPLE developers describe their system as being similar to the SMTP email protocol which emerged in the 90s as the best way to connect the world’s email servers. The aim of Ripple is to federate the world’s existing payment systems. It’s a huge goal that actually overlaps with many people’s vision for Bitcoin. While Ripple is in fact designed to work well with Bitcoin, it has received criticism by some in the Bitcoin community for having a private corporate agenda.

Ripple could enhance the virtual currency eco-system in many ways. For example, it allows users to send a Bitcoin by paying for the transaction in a different currency, like USD, EUR, or RMB. This works because one of Ripple’s features is a distributed exchange which allows anyone in the world to make offers. This in turn facilitates instant exchanges while providing users the most competitive exchange rate. Ripple represents an attempt to cram a huge portion of the world’s financial system into a distributed network.

How is Ripple a currency?

A feature of Ripple is a network currency called ripples or XRP. These are native spam-fighting credits. The system destroys a tiny amount of XRP with every transaction (normally less than 1/1000th of a penny). This fee is automatically raised whenever the network becomes overburdened by spam.

Since ripples must have some value, and can be transferred with ease within the system, they are nothing less than a currency in their own right. XRP is a new type of commodity money.

In the opinion of this author Bitcoin and Ripple work great together, and represent only the very beginning of a new world of financial technology.

VEN is a virtual currency which emerged in 2007 from the needs of the HubCulture social network. The currency has value because it is backed by reserve assets, and because a community of like-minded individuals have decided it has value.

On the one hand, Ven functions like a fiat currency, as it’s value is assured only by entries in a ledger controlled by a central authority. But it is also more stable than any single fiat currency as Ven’s price is pegged to a basket of global currencies, commodities, and carbon futures, and is traded against other major currencies at floating exchange rates.

Essentially, Ven is a stable, eco-friendly money that is considered rather nifty by a few tens of thousands of people. Ven is the best example of a social network based virtual currency.

Over the past few years online games have grown so big that even their in-game currencies have produced significant real world value. Did you know that the WoW virtual economy is estimated to be even larger than the Bitcoin economy, and that World of Warcraft creators Activision Blizzard, Inc. have a $20 billion market cap?

For this section I grabbed a few quotes from Jesse Powell (CEO, Payward Inc.), an expert in game currency trading technology :

“I don't see much difference between Bitcoin and gaming currencies like WoW gold apart from predictability and transparency. Bitcoin are a finite number of unique units, each distinguishable from another whereas WoW gold is a pure, uniform commodity. Both have a weakness right now in that a finite number of people control the networks. At Blizzard it's the Board and with Bitcoin it's the large pool operators.”

PRIMECOIN is a proof-of-work coin modelled on Bitcoin where the miner’s work has been deemed theoretically useful. Meaningless work is actually a feature of Bitcoin, not a bug. Despite this, Primecoin has charged onto the scene, and in just a few weeks achieved a market capitalization of over $1.5 million.

The mining reward with Primecoin is received by miners who contribute work towards finding unique Cunningham chains in prime numbers. I mentioned Primecoin to Bitcoin developer Peter Todd in a recent conversation at the Bitcoin Toronto meetup. He said the Bitcoin mining output itself, despite it’s intended pointlessness, is likely of more scientific interest than prime chains. In other words, there is a rather high level of esotericism associated with the “useful work” of mining Primecoin.

PPCOIN is an earlier design by Primecoin creator Sunny King, and the most popular proof-of-stake coin. The “PP” stands for peer-to-peer. These coins are currently hybrids which make lighter use of Bitcoin’s proof-of-work system.

Proof-of-stake was conceived of as a way to eventually eliminate the energy consumption involved in mining. This type of system can allow the security model and minting process to function solely on principles relating to coin age. This effectively means that some or all of transaction fees and newly minted coins are distributed to holders of existing coins.

I’ve necroed this two-year-old forum discussion because it contains interesting discussion by longtime Bitcoiners Mike Hearn, Meni Rosenfeld, and Mike Caldwell (Casascius), and may actually be the precise genesis of the proof-of-stake concept.

Since PPCoin allows for inert coins to assist in securing the network, it is logical that an appropriate reward is sent to savers. In fact, savers even get a predictable rate of return!

The Move It or Lose It Coin

FREICOIN has a design that rewards those who invest in capital goods. It uses a proof-of-work structure like Bitcoin, but with a built-in demurrage fee. This fee means the currency is constantly losing value, and over time those who hold the most money become those who lose the most wealth.

This structure was first proposed by Silvio Gessel, an early 20th century economist and author of The Natural Economic Order. Freicoin’s design asserts the natural supremacy of capital goods over money.

My new favorite coin is a recent release known as The Lebowski. Despite a rather thin market capitalization this coin is in fact the most “dude” of all virtual currencies. It’s name refers to the classic 1998 Coen brothers film The Big Lebowski.

This coin has been included here because it has been, to a small degree, a financial success. As soon as it was released it received a good response and its price and market cap surged ahead of many of the other cheap coins. The Lebowski illustrates how identity and cultural mores will play into the currencies of tomorrow in ways never before possible, and that it would be rather undude to think otherwise.

COUPONS created by corporate entities to be sold to consumers can be considered the fascists on the fringe of the virtual currency eco-system. Amazon coins are by design only redeemable for apps and games in a single proprietary marketplace.

Most digital currency enthusiasts won’t accord much relevance to coupon currencies like Amazon coins. But it must be considered how the mainstream is conflating these with more legitimate virtual currencies (see this TEDtalk video for a confusing, inaccurate, and scarily popular view of digital currency.)

Do corporate coupon currencies really deserve a spot as an archetype of virtual currency? I’m looking forward to reading your opinions in the comments.

Just a few years ago most of the virtual currency implementations discussed in this article barely even existed in theory! Today’s thriving eco-system is certainly an early indicator of a sea change, and I don’t think we’re going to have to wait long to see mainstream adoption.

Virtual currencies are already making the world more efficient and fair by providing a framework for accelerated global commerce, remittance, and cultural exchange. While many specific technical and regulatory questions loom, the question I’m captivated by today is a general one: What on earth will the next wave of virtual currencies look like?!