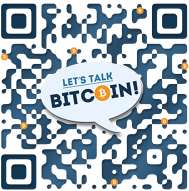 Subscribe to Let’s Talk Bitcoin! for free to automatically download new episodes. Shownotes for Episode 43 - Speculative, but Foundational Thanks to those of you who have purchased Video Conference Passes, were very excited to provide this

service and have another way to raise the funds that power the show. If you haven't already pre-ordered your pass in Bitcoins, visit BitcoinVideoPass.com and see how easy buying in Bitcoin can be. Early Bird Prices End Soon! Episode 43 specific Tip addresses Bitcoin: 1ApjsK3i7QnU9Qh7YQpNfqcJnQ3pATp9V5 Litecoin: LhEm33bpjXuMpGGfGyLoaCrMBhTHszeXg6 General LTB Support Address: 1LTBShowv5nZ2fgZ4hWU7ieeDRNKSAxtov