Something's Not Right at 'Gox 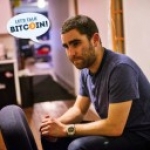 For those living under a rock, a document surfaced which I can confirm is authentic regarding the insolvency of MtGox titled "MtGox Situation Crisis Strategy" The document essentially claims that MtGox has 'lost' 740,000 BTC over the past few years, at currency price of $592 that amounts to $438,080,000 missing, unnoticed for about four years. Let's be honest, that kind of money does not just go missing and I've been struggling to accept that this is what really happened. On Sunday evening I called my good friend David Perry from CodingInMySleep.com to run the numbers and see if this is physically possible. For More Information, listen to the second half of Tuesdays Let's Talk Bitcoin!   [soundcloud id=136798483] We concluded:

We find it hard to believe those coins are missing and the basic math alone should refute this. 740k btc since malleability became known in '11 is 20k+ btc per month, about 675 btc per day. Even at current prices that's over 300k USD per day, that's not the kind of money you just misplace and don't notice. Now, even if we give the "hacker" credit and suggest they've been doing it since the day gox opened that's still a quarter million per day. In fairness the hackers could have taken a lot more coins when they were less valuable and dialed it back now that the USD value per coin is higher but it still works out to an average of 509 coins per day, if they started the day Gox opened shop. Even when coins were $0.05 that's still almost $1,000 per month their books wouldn't balance by. Were talking about 6% of all coins in existence, or ten times the amount of money in any known bitcoin address. If they've stolen that much money over that much time the law of averages kicks in, they'd be buying at the median market price for the entire 4 year span, which is $95.49 per coin for a daily take of $48,629.01. If you stole $48,629.01 worth of btc from Gox every day for 4 years, you arrive at 744,000 btc and they couldn't have stolen the bulk of it right at the start because that many BTC didn't exist 4 years ago.