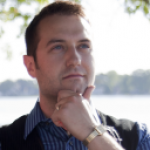 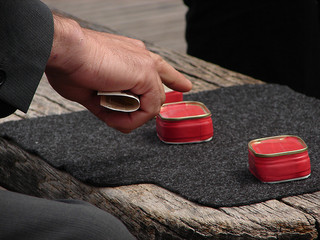 Image credit: Flickr[/caption] It's been said that you can judge a man by the quality of his enemies. I like to think this holds true.  The number and veracity of those who would attack your way of life speaks to the potency of that way of life, if not any particular morality.  If what you're doing draws a wide scope of malice from the world around you, you must be doing something significant- right or wrong. Cryptocurrency has been no exception.  The government's sudden interest in watching and regulating Bitcoin was a huge turn for an otherwise-ignored crypto-nerd science-project.  A few thousand lines of code drawing the ire of the biggest institutions on Earth?  Thanks, Capitol Hill; Bitcoin is clearly pretty big deal. That Bitcoin is used, abused, and threatened regularly is a sign of real potency.  As a wise man who can't escape having played Kelso for a decade once said, "the fact that you can buy drugs and ammo with it is actually [a] validator of the currency itself."   [caption id="attachment_768" align="aligncenter" width="384"] 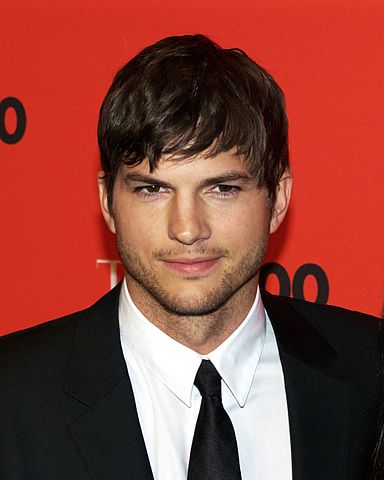 From what I hear, Ashton Kutcher is a very nice man- news that, as an entertainment writer, I found deeply frustrating.[/caption]   It has the notoriety and the liquidity to be used as currency, but can we really look at it on par with the every-day, out-of-pocket fungibility of the US dollar?  Thanks to this guy, I think we finally can.

"Bitcoin is being illegalized by the Federal Reserve as of January 1, 2014. The DEA recently proposed a bill to Congress calling for its suspension and immediate criminalization due to the propagation of drug use. If you would like to depart with your bitcoins legally and properly, please send them to the following address: [redacted] It is recommended that this course of action be taken immediately. Thank you. Jack Lew Secretary of the Treasury"

A Reddit user transcribed his experience being contacted via craigslist by a comically-transparent attempt to scare and scam Bitcoins out of him... and it delights me to no end.  These trifles are shining moments for Bitcoin, and I'm not referring to the unmitigated cash-grab disasters like Bitcoin Savings & Trust.  I'm most definitely not talking about the probability-defying exploits in Android wallets that led to so much loss. I'm talking about the low-tech, Nigerian-Prince levels of manipulation that are creeping into Bitcoin.  I'm talking about the middle-of-the-night-infomercial manure tactics that would typically sell you the ab-blasting D-battery-powered fitness belt that delivers electric shocks to your genitals suddenly being used to sell you schlock like Bitcoin Robot. "Real" money will always have its D-list scammers because there will always be D-list consumers for them to prey on.  Bottom-of-the-barrel transactions and street-corner shell-games are a staple of all currencies, and one that will never go away so long as fools and money intersect. Nor SHOULD they go away- what barrel could hold water without a bottom? This new-rise of the low-brow is actually a very positive step for Bitcoin.  As a currency, it's suffered from serious image problems, and it's inescapable complexity drives many to leave it in the realm of technocrats and fatcats.  Low-tech scams just don't have a place among such a constituency.  This new breed of junk marketing and scamming may very well pave the way to banner ads for "ONE WEIRD TRICK FOR RAPID WEIGHT LOSS FOR JUST mBITCOINS A DAY," "TOP SECRET BITCOIN TIPS THEY DON'T WANT YOU TO KNOW ABOUT," and the venerable "IF I TELL YOU PUTTING MAGNETS ON YOUR FACE CURES CANCER WILL YOU PLEASE SEND ME BITCOINS," and that is alright by me. The real world- and every currency in it- alternately suffers and thrives from ignorance in waves.  This back-and-forth tragic-comic exchange is a natural consequence of a convenient, far-reaching market.  Widespread acceptance and ease-of-use to a currency naturally opens the door to things like this.  That the ignorant and opportunistic among us now abuse Bitcoin isn't a mark of shame.  We mustn't take the spread of petty charlatanry and junk advertising as some blight upon our fledgling economy.  It's simply a sign of the times, and an indicator that we've nearly arrived. And, the day I see someone buy a P-P-P-Powerbook for Bitcoins, I'll know we truly have.

Want to Stay Ahead of the Curve? Order your Video Pass to the Crypto Currency Conference Today!