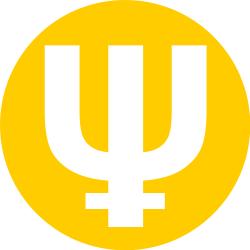 Simply put, a prime number is a number greater than one that can only be divided evenly (that is, a whole number with no remainder) by 1 and the number itself. There are an infinite number of possible prime numbers, as proven by the brilliant Greek mathematician Euclid. The fact that there is no "final largest prime number" creates healthy competition among scientists and mathematicians to find the largest known primes. King describes the real-world benefits of finding long prime number chains via Primecoin mining as "scientific computing by-products" which have implications for banking security, hardware testing, and innovation in general. Banking on Prime Numbers Credit and debit transactions - whether an in-store purchase or online money transfer - use RSA encryption based on prime numbers (rather than SHA-256, as is the case with Bitcoin) to generate pairs of public and private keys. The private key is kept exclusively by the bank and is made up of two large prime numbers (P1 & P2); the public key is the composite - that is, the multiplied result - of these two large prime numbers (C). It is computationally easier for a computer to multiply P1 and P2 than it is to start with C and work backwards to find P1 and P2. This makes it much more difficult for a hacker to "guess" the private key given only the public key in order to authorize a fraudulent transaction.  [caption id="attachment_832" align="alignright" width="300"] 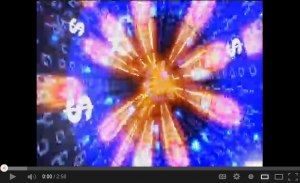 This video explains how prime numbers are used in RSA encryption to secure banking transactions.[/caption] With Bitcoin, the private key is kept exclusively by the owner of its corresponding public key to ensure that only the owner of the Bitcoins can authorize transactions. Banks, however, have exclusive access and control of their customer's private key to ensure that only the bank (and not a hacker or unauthorized user) can authorize transactions. When a charge is made on a credit or debit card, the bank "approves" the transaction by matching the public key of the account with the private key kept internally by the bank. If the numbers match, the transaction goes through. Otherwise, the transaction is rejected. The prime number chains discovered by the Primecoin network may ultimately make RSA Encryption - and therefore banking in general - more secure by contributing longer prime numbers to use for RSA Encryption; the longer the prime number, the more difficult it is to "break" the encryption. Hardware Testing & Innovation Calculating prime numbers is a highly CPU-intensive task due to the complex nature of prime numbers. Since the early days of computing, programs for discovering prime numbers have been developed as a way to test new hardware. As an example, prime number software developed by the Great Internet Mersenne Prime Search (GIMPS) to test the Pentium II and Pentium Pro chips prior to their release. The infamous Pentium FDIV bug was discovered by Thomas Nicely using software he wrote to calculate prime numbers. Intel ultimately recalled the faulty chips. In 2009, the GIMPS project won a $100,000 prize from the Electronic Frontier Foundation (EFF) for discovering a record-breaking 12-million-digit prime number. Time Magazine hailed the discovery as the top 29th invention of 2008. In January of this year, the record was yet again broken by Curtis Cooper, a researcher at the University of Central Missouri, who discovered the largest known Mersenne prime number, consisting of over 17 million digits: 257,885,161 – 1. It is important to note that Mersenne prime numbers are excluded from Primecoin's proof-of-work system due to their large size and instead uses Cunningham chains and Bi-twin chains. There are beneficial "by-products" of the continued search for prime numbers, similar in the way that the America's race to be the first to put man on the moon resulted in the development of new technologies and materials that are now common everyday items. These by-products include improved computer processors and hardware components, which can be applied to improve computer models used in the science, medical, and engineering industries. Primecoin Breaks World Records in Under Two Months In the less than two months since its launch in July this year, Primecoin has shattered previous world records for longest Bi-twin chains of prime numbers sixteen times over and broke the record for the largest known simultaneous primes. While the tangible benefit of this accomplishment has yet to be determined, the concept of distributed mathematical computing is not new and may someday help make significant breakthroughs in medical research and technology. Finding Aliens, Folding Proteins, and Mining Primecoins Primecoin distinguishes itself from the other 50+ alt-coin cryptocurrencies in its attempt to give real-world value to the energy-intensive act of mining. It is not, however, the first attempt to use distributed computing to put people's idle computers to work for science. One of the first distributed computing projects to come online was [email protected], a UC Berkeley projected released in 1999 to detect extraterrestrial radio signals using sophisticated telescopes. SETI (Search for Extraterrestrial Intelligence) asks volunteers with spare computing power to download software, connect to the SETI peer-to-peer network and use their computers to help analyze data collected from the telescopes. According to the SETI website:

Previous radio SETI projects have used special-purpose supercomputers, located at the telescope, to do the bulk of the data analysis. In 1995, David Gedye proposed doing radio SETI using a virtual supercomputer composed of large numbers of Internet-connected computers, and he organized the [email protected] project to explore this idea. [email protected] was originally launched in May 1999. -http://setiathome.berkeley.edu/sah_about.php 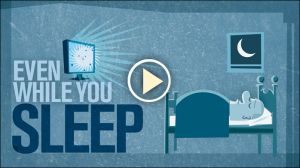 "Even While You Sleep" - This [email protected] video explains how anybody's computer can contribute to important medical research, even while you sleep.[/caption]

While it is unlikely that the Primecoin network will someday cure cancer, its unique approach to mining could be powerful. Finding prime numbers (instead of decryption for the sake of decryption with SHA-256 based coins) adds an almost "altruistic" benefit to those outside the cryptocurrency community. As Primecoin miners discover and contribute more new prime numbers to the science and math communities, it will gain greater exposure and may ultimately introduce new participants to the new digital economy.

Side Note: Adam Spencer, a Sydney-based comedian, media personality, and mathematician recently gave an entertaining TED Talk titled "Why I Fell in Love with Monster Prime Numbers." I highly recommend it.