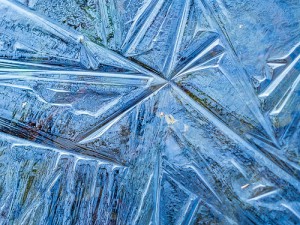 What’s the opposite of being on thin ice?

Thick ice, I suppose; I think that’s where Bitcoin is right now - slippery and dangerous, but you’re not likely to go crashing through the floor to depths unknown.

As the price of Bitcoin finds support at all time highs, the senate finds nothing inherently wrong or illegal and the devoted development team readies the much anticipated 0.9 release of Bitcoin, the path ahead becomes more clear.

At this point chances are pretty good there won’t be a catastrophic failure in the cards for Bitcoin- whether regulatory, market driven or technical.   That said, the pace at which we go determines the number of falls and the amount of superficial damage (flesh wounds) we incur during this period.

Moving slowly and carefully, many problems can be anticipated and entirely avoided... but somehow I think we might have more of a breakneck sprint in our future punctuated by periodic tumbles.

Past the Tipping Point(s)

I correspond with many people around the world working on Cryptocurrency in one way or another, this note came in from Chris Ellis who is a Bitcoin and Feathercoin advocate working in England.

I was in a pub on Friday with a large group of friends. Someone asked me how Bitcoin was doing as soon as the word was used the whole room went quiet. Everyone stopped, I started talking about it and for the next 20 minutes I had the full attention of everyone present. I was the 'expert', and I was about to tell them something important, something they needed to know and unlike all previous conversations I have had in the past with people getting frustrated and angry I was met with an almost childlike (think playful) curiosity.

One guy at the table was an accountant and since I always insist on starting with the blockchain when describing Bitcoin he was fascinated. He began by defending the double entry bookkeeping system but then very soon ended up agreeing that it had been hacked to death, that the whole thing was a lie and how every client he had ever had had cooked the books in some way. But that with a blockchain there was tremendous opportunity to create a system that was impossible to hack. I could see his imagination going wild with anticipation.

Something wants to emerge. It started back in March/April, a new group of us, communicators, people who have always had a knack for 'explaining complex topics in understandable terms' - as you put it - really stepped up. People who choose to inspire rather than manipulate. But I don't think it was because of the price; I had known about Bitcoin for ages. The price certainly triggered my attention but something else forced me to start talking about it.

I very much agree with Chris’s assessment that something has changed.  Specific examples in my daily life is a surge of activity locally here in Napa, California: for six months, my wife and I been the only active participant in our town's Localbitcoins or Meetup group despite actually paying for advertising for a month or so and getting it covered in local news outlets.   Now interest is surging along with the price and the conversations had in the short-term turn those interested in the price to those interested in the possibilities.

Sponsor interest in the Let’s Talk Bitcoin show has exploded over the last six weeks, and while no new names have come onboard yet, I’m very pleased with not only the amount of revenue it’ll generate for our continued operation but also with the quality of companies.   This is in sharp contrast to sponsors not even having a marketing budget- much less an advertising budget- six months ago.

Another example would be conferences.  To this point, LTB has paid out of pocket to get to each conference we cover, one of the three conferences we’re negotiating involvement with it is going to cover our travel and accommodations. This seems like a small thing, but it’s descriptive of the rapidly maturing market of Bitcoin Conferences.

The Sacrificial Lamb of Cryptocurrency

I don’t know where you stand on the CoinValidate issue, but it’s a pivotal fight that has the potential to destroy Bitcoin’s network effect..... or give it the mainstream legitimacy it needs to propel Cryptocurrency into global use.  I have friends in both camps and they all speak with equal and opposite passion.  It’s Entrepreneurs vs. Idealists all over again- except there’s now a splinter group within the idealist camp.  These new idealists find their short-term goals lining up with the Entrepreneurs, but with the aim of achieving a very different long term effect.

This, ultimately, is a tease.  See episode 62 of LTB, coming Tuesday the 25th