As a child, my mother instilled a phrase in my head.

If you can't be a shining example, at least be a horrible warning.

Obviously it is preferable to be successful in your endeavors, but it is foolish to dismiss failure as a waste of time.  Failure is incredibly useful as a teaching tool when the mistakes are new or you, particularly spectacular in your combustion.

And so we come to MTGOX with its yearly crisis eruption. 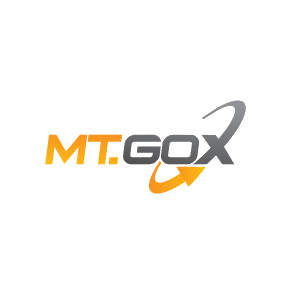 For those of you new to Bitcoin, MTGOX has been the largest persistent failure story in the Bitcoin space for more than three years with major pricing disruptions attributed to its spastic flailings.   In the early days, this was due simply to their astonishing rate of growth and the fact that they were the most trustworthy way to get fiat currency, whether dollars or yen, into Bitcoin.

In recent years, repeated failures have driven customers towards more diversified options.  Every catastrophe is a valuable educational lesson for the soon to be former customers; that this is a dangerous way to deal with Bitcoins and it has nothing to do with Bitcoin.

This latest event has led to multiple web delistings (including from the footer of this website where it was until recently considered a harmless anachronism), and the hits just keep on coming.

From the Wall Street Journal:

Mark Karpeles, chief executive of Mt. Gox, the embattled Toyko-based bitcoin exchange, resigned on Sunday from the board of the Bitcoin Foundation, according to a person familiar with the situation.

Really it's an interesting study in the difficulty of bootstrapping.  Mt.Gox began life as Magic The Gathering Online Exchange, so the branding they choose to use now is taking what they started with, and "making the best of it" by capitalizing and placing a dot in such a way as to imply that Mt.Gox is a mountain.  Why didn't they just rebrand when they realized the project was pivoting?

They used what they had because their mentality is one of scarcity.  The funny part is, the problem doesn't seem to be money.  It is the communication and implementation.  Mt.GOX has been a player in the Bitcoin game for a very, very long time compared to most players. Its stakeholders probably still have some of the largest Bitcoin holdings simply because they were in the exchange business when entire bitcoins traded for pennies, and they had quite a few pennies even in those early days.

Gox is reactive in all things.  They are so busy trying to solve their legacy problems that the idea of getting out in front of non-critical issues isn't even worth considering.   Unfortunately, this means they are often the least prepared when something like Malleability becomes an active problem instead of a theoretical one, and they have little or no ability to address it because their staff is already occupied dealing with those chronic legacy issues.

All of this is compounded by a Japanese banking system where  manual processing of US funds withdrawals is the norm.  Complaining about such a system further compounds the problem; the banks are doing the best they can under their own restrictions.  Public shaming can only be bad for such an important relationship.

So they're way behind, they're slow, and frankly they're embarrassed that those things are so abundantly obvious  to observers at large.  This is easily seen in their press releases.  When viewed through the lens of a mountainous corporate entity, faceless in its power, an island unto itself, they make zero sense.   Malleability is a part of Bitcoin; yes that's true, but it's an easily resolved one that has been a known threat for literally years.

But we've been looking at this all wrong.  MTGOX isn't a company at all!  They are like teenage athletes who have had great expectations placed upon them after showing early promise, but who repeatedly find themselves failing to meet expectations and behind on the workload.

They're working as fast as they can, yet the backlog seems never ending.   And it turns out they're not even as good at the sport as they first seemed  to be.   Over and over again when the pressure is on, they buckle and defer to more agile competitors...

And yet the media hounds them still. They were early to the sport and became something of its mascot early on, the name of the competitor synonymous to the name of the sport, interchangeable though inappropriately so.

Frankly, MTGOX is sick of all the scrutiny. And why can't Bitcoin just fix these things so individual companies don't have to do it themselves?  MTGOX is so busy already, surely all their competitors must also be!

But of course they are not.  MTGOX was at the right place at the right time and sometimes that's enough.   This is an advantage none of the competition had and so while MTGOX won by default it's not surprising to see the competition, chosen through a Darwinian survival-of-the-fittest process, has been much faster at adapting to the quickly changing environment of Bitcoin.

It's also not surprising then to see MTGox getting irritable in its public statements, struggling along under the ever increasing backlog of things they need to get around to, with people deriding and yelling at them to work faster and do better.

But they just can't.

When CEO Mark Karpelles was confronted last week by a SINGLE peeved customer, he refused to answer any questions and stood there looking honestly perplexed, as if wondering why this guy couldn't just get out of his way and let him get back to work.  This event was used as the justification for deciding to actually move the entire business to another building which surely didn't help with that backlog.   As the WSJ Article quoted earlier said, the phone at MTGOX just rings and rings without even an answering machine.

So what does it all mean? Is MTGOX on its last legs?  Will it fail?  Will those trapped inside lose money?

I don't think any of those things are true.

This is just more of the what we've always seen from MTGOX.  They are not cut out to play the game at this level, and probably never were.  That doesn't mean they've run off with the money, it just means we need to be patient while they take twice as much time as the competition and deliver a solution half as good.

But not all is grim.  The shining examples are exchanges who take this opportunity to do the right thing and use the stark contrast to raise their flag on top of MTGOX.  CoinKite is a recently launched exchange startup offering some fairly advanced services like debit-card style pay-with-bitcoin options and innovative point of sale tools.

Even though nobody was really asking them about their reserves, the fact that MTGOX was being questioned and wouldn’t say a thing created an opportunity CoinKite gladly took.  Each users’ funds on CoinKite are segregated and allocated to their own private keys. This is auditable, and more importantly this is safe.  If this was the practice at MTGOX, not only would depositor funds be guaranteed but in the event that funds were frozen they could simply publish the non-public part of the system, and all depositors could recover their coins on other exchanges or their personal wallets.

This sort of innovation would not have been demonstrated as necessary were it not for the repeated failures that made this lacking feature so obviously needed.

If you can't be a shining example, at least be a horrible warning.   MTGOX is doing the hard thing, hair aflame so you and I can learn the lesson.  It's not the first time and it's painful for everyone involved every time, so lets hope this one sticks.