Krugman's Evil and Our Agendas 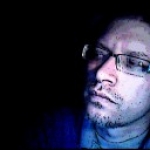 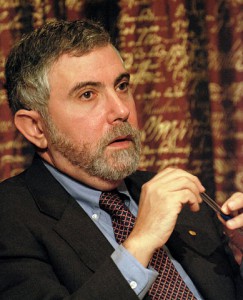 Imagine being able to send any amount of money to anyone anywhere in the world at anytime without the possibility of funds being frozen, seized, confiscated or otherwise impeded. This, my friend, is the appeal of Bitcoin.

Not everyone is happy about this Open Money Revolution.

Paul Krugman says Bitcoin is Evil, and the intro to his recent article reads: "There’s an agenda there, and it’s a bad one.” I don't know if the author wrote that or if the editor did, but it sounds like a quote from Charlie Stross who recently confessed, “I want Bitcoin to die in a fire.” How silly is that?

Hunt Down Bitcoin, Then Kill It

We all know that hyperbole is the use of exaggeration as a rhetorical device or figure of speech. It may be used to evoke strong feelings or to create a strong impression, but is not meant to be taken literally. It does, however, grab attention- and in the age of Twitter it can help drive traffic to your website.

Exaggeration or not, calling a math-based protocol “evil” makes as much sense as calling something a "war on terror." Declaring war on a tactic of war is absurd, nonsensical, and yet people do it. The fact is the power of the American empire rests on the legacy banking system, and those who hate Bitcoin know this very well.

Yes, there is an agenda- and calling Bitcoin evil betrays that agenda. It may not be a poor use of the English language, but it is a poor use of logic and common sense. This rhetoric also betrays a loyalty to the same false authority which uses poor English to justify endless war. That places Krugman and his ilk on the wrong side of the ideological fence where so-called “progressives” become conservative defenders of the status quo.

We might debate what is or is not poor English, but ask yourself this question, what is the intrinsic value of the English language itself? It is clearly worth a great deal, since English allows for global coordination and massively increases human productivity. I submit that money functions the same way, and all the more so when it is separated from State power as Bitcoin is.

English allows computer hackers the world over to collaborate on very complex projects. Money is basically the same thing, a means of communication, and Bitcoin is becoming the language of liberty free from the false authority of government. That is its intrinsic value (that plus the privacy it afford the user). Like English, as more people use it the more valuable it becomes.

Why Liberals Call Liberty an “Agenda”

In that same article where Krugman calls Bitcoin evil, he quotes Stross.  You know, that guy who wants Bitcoin to die in a fire. Specifically, he quotes:

BitCoin looks like it was designed as a weapon intended to damage central banking and money issuing banks, with a Libertarian political agenda in mind—to damage states ability to collect tax and monitor their citizens financial transactions.

Oddly enough, Krugman and Stross are right about Bitcoin being "evil," at least from their point-of-view. Bitcoin threatens socialist economies, central banks and all government monopolies on money. They are correct to say it is a libertarian tool for revolutionary change, and therefore all socialists ideologues have reason to hate it.

Don’t get me wrong, I’m not entirely opposed to socialism. I’m simply opposed to false authority which uses the threat of violence to enforce legal plunder. Show me a system of socialism that is truly voluntary and I will support it, even if I choose not to participate. My real disdain is with these phony ideologues who earn a paycheck by being shills for the establishment and who routinely argue against liberty.

Freedom means being able to say no. I’m okay with the French people living under socialism, if that is what they want, but I don’t want to live there. Not until it is time for me to retire, that is. Then France might be a great place to spend my Bitcoins. It seems to be working out well for Max Keiser.

My point is many cultures lean toward socialism, but historically America hasn’t been one of them, until recently. The founders of this nation understand the principle of sound money and they were people who wanted to protect the fruits of their labor. I too am such a person and this is why Bitcoin appeals to me.

Not so the establishment liberals, they are invested in the system so much that when they hear talk of separating money from the State the hairs on the back of their neck stand up like a dog who feels compelled to defend his master. Odd is it not?

Can You Trust in Math?

The first paper money with the phrase "In God We Trust" was not printed until 1957. The phrase had been placed on U.S. coins since the Civil War. The first Bitcoin paper wallet I ever saw used the latin phrase "Vis in Numeris" (trust in numbers). This begs the question, where is your trust placed when it comes to money? I doubt many people have ever asked themselves that question, but thanks to Bitcoin more and more people are starting to the question the the ubiquitous control architecture of our political system.

The question of whether any medium of exchange can be a store of value ultimately come down to one thing: whether people continue to believe it has value.  The dollar has value because you need dollars to pay your taxes and thus you need dollars to stay out of prison. Most folks believe there is value in staying out of prison. But if that were the only thing people believed dollars were good for, the value of a dollar would plummet.

Gold and Bitcoin don't have men with guns to put you in prison for not using them. But they do have something the dollar does not: constraints on production & destruction of the available supply. Gold miners are limited by the cost of mining equipment, labor and the limited supply of gold atoms on planet Earth. Bitcoin is limited by mathematical algorithms, and a plethora of unique software features that ensure trustworthiness.

Actually, the anonymous creator of Bitcoin was attempting to do nothing more than remove trust from the currency equation. Some say he wanted to mimic gold but as I see it that was merely a strategy, not his primary aim. The legacy banking system relies entirely on trust, but Satoshi Nakamoto has proven that technology has advanced enough that we no longer need to rely on trust.

When we use a credit card to buy a product the merchant has to trust the bank to pay them and they get hit with a fee for the privilege of using that trust system. Just think of the millions of dollars spent each year to fight credit card fraud. The Satoshi formula now makes that legacy trust system obsolete.

If you think about it, even paying with cash involves a measure of trust because we accept cash believing it isn’t counterfeit. However, with Bitcoin there is no need for trusted third parties because it is a system based on math, not trust. There is need for secret service agents to interview people, arrest people, or attempt to stop private citizens from doing what banks do legally, namely counterfeit those green piece of paper they like to call legal tender.

The mathematical predictability and reliability of Bitcoin has so far proven to be exceptionally good--flawless actually. Will this convince enough people for years to come that Bitcoin has value? I don't know. But it is not impossible, and if were to happen, that would not be "evil."

The Root of All Evil

Yes, it has been said that money is the root of all evil, and perhaps calling Bitcoin evil is merely an acknowledgement that Bitcoin is money after all. All jesting aside, my point is evil rests in the heart of man, with his desire. Evil is not the object of desire nor is necessarily the means by which we seek to attain our desires.

As any Buddhist will tell you, our struggle is with desire itself. Whatever the ego desires, you can be sure suffering will follow. The challenge to to let go. However, letting go of ego desire is one thing, changing the evil of society is another. One must beware of unintended consequences, but where institutionalized evil resides it is the duty of noble men to expose it (think Edward Snowden).

The real evil that I see is not a communication method, a means of property convenience, or a protocol for exchange, rather it is the system of power and false authority by which a select few at the top enrich themselves at the expense of the mass below them. Mr Krugman, if your idea of socialism equates to social justice then perhaps you should rethink your opposition to Bitcoin.

If Bitcoin and other competing currencies can bring more balance to a world where power is disproportionately held by a few, then I see that as a good thing. The principle of sound money may not restrain evil men, but it does restrain empires from financing endless war and for me this is good place to start. When empires fall, as they always do, so does the value of their money…. just saying, now looks like a good time for an alternative.

The existing state of affairs is a system built upon false authority where money is used as a means of political control. Those who serve this institutionalized evil do so because they believe that system should serve them, and indeed it has. However the handwriting is on the wall, thanks to Satoshi Nakamoto, the legacy banking system is obsolete and so is the age of Empires. The new model is simple this: Decentralize everything! But start with money.

Like it or not, an Open Money Revolution is upon us.