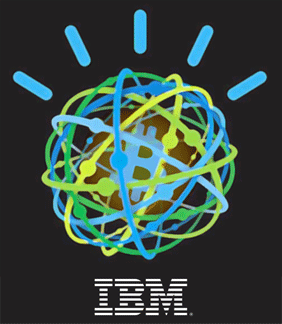 IBM filed for patent application 2013032570, “e-Currency Validation Authorization Services Platform” with the United States Patent and Trademark Office on June 5th, 2012.  The patent application was made public when the USPTO published it on December 5th, 2013.

While the name “e-Currency Validator” does sound eerily similar to Coin Validation, I don’t believe the spirit of the application is to blacklist or Greenlist (i.e. Payment Pathways) units of currency but rather that of a very broad (overly broad?) enabler of many virtual currencies including, specifically Bitcoin.  It does however have certain “coin validation characteristics” such as

“...The algorithm results may then indicate whether the particular e-Currency token is fraudulent or involved in a fraudulent transaction...“

However, the fifth bullet below describes how this technology in part crowdsources this information and it  appears to allow a transactor use their discretion in whether or not to participate in a particular transaction.   I needed to address this from the start because of the similarities, but let us move on with the rest of the goodies that can be gleaned from the filing.  IBM explains what "e-Currencies" are:

“...These are supplemented by a plurality of informal e-Currency systems, such as Microsoft X-Box Live points, and credits for Facebook gaming, such as Facebook credits and Zynga credits. As consumers begin adopting the use of these new forms of currency, the relative value of these e-Currencies as compared to traditional hard currencies or goods and services will be called into question. Additionally, the inclusion of grass-roots social or privatized currencies and bartering creates questions regarding the ability to validate, authenticate and coordinate transactions across diverse forms of payment and trade that traditionally had little or no interaction…”

While there has been some recent discussion about the demise of Facebook Credits, if you were following me on Twitter I noted a couple of Facebook’s most recent Patent Application filings that it continues to work on “creating, redeeming, and tracking virtual credits by a virtual currency system” via  20130317972, “Seeding And Discounting Credits In A Virtual Currency System.” Moreover, earlier this year USPTO publish patent application “Digital Currency Purchasing Flows” 20130103526  which is a divisional of an application filed back in 2011.  Though it isn’t clear to me why the application filed by the head of Facebook Commerce hasn’t assigned the patent application to Facebook nor does it even mention Facebook in the application. IBM’s technology enables alt-coins, or (more accurately stated) non-convertible virtual currencies (e.g. Facebook Credits,) by removing them from “Walled Gardens.”  However, this patent application was filed prior to FinCEN guidance earlier this year, which delineated the difference between centralized convertible virtual currencies such as Facebook Credits and de-centralized convertible virtual currencies such as Bitcoin.  FinCEN further clarified that the definition of a money transmitter “does not differentiate between real currencies and convertible virtual currencies.” So back to IBM...IBM is creating their own version of the blockchain called the "spend chain.”  Spend chain appears to be a universal centralized ledger of all virtual currencies in one place.  It is also interesting to note that “spend chain” was only mentioned once in the entire application. Other features include finding and recording average/accurate values for currencies/transactions which would presumably facilitate records for accounting and taxation purposes. The e-Currency Validation and Authorization Services Platform is further explained in the patent filing: Perhaps what IBM is really after is to become the “Zagats” or “Yelp” of Virtual Currencies?:

No Stranger to Bitcoin or Banking

IBM’s banking division is located at http://www.ibm.com/banking .  On this website which includes “Payments Processing Renovation in Banking Drive flexibility and efficiency in payments processing,” IBM posted a video interview with Richard Brown, IBM Executive Architect for Banking and Financial Markets Industry Innovation.  The interview “Could Bitcoin be as transformational as the World Wide Web?” can also be found through the IBM’s Banking division’s Youtube feed:

“Bitcoin, the world's first decentralised digital currency, entered mainstream consciousness this year: Bitcoin-focused startups are accessing venture capital and industry commentators talk about it as an important international payment mechanism of the future. But are we interpreting its significance too narrowly? In this video, Richard Brown, IBM Executive Architect for Banking and Financial Markets Industry Innovation, argues that Bitcoin's true significance lies in its potential as a global digital asset register and in the lessons it teaches us for design of complex distributed systems. He also explains why recent law-enforcement action against operators of illegal websites that transacted in Bitcoin will help accelerate adoption by legitimate businesses."

Mr. Brown also maintains a blog called “Thoughts on the future of finance," where he has been known to blog about Bitcoin. More recently, Trusteer, a recently acquired IBM company wrote on their company blog  “The Cybercriminal’s Dilemma: Bitcoin - A Platform or a Target?”:

“One of the most debated topics on the internet today is the use of Bitcoins. Not a single day goes by without an article that discusses an aspect of Bitcoin usage: should they be recognized and used like any other currency?”

Etay Maor, fraud prevention solutions manager at Trusteer was then quoted in USA Today article “Love it or hate it, bitcoins are a national craze” that “Criminals have been using Bitcoins since Day One because of the anonymity — it is hard to trace."  Mr. Maor was also recently quote in Financial Times article “India and Bitcoin: world’s biggest market or scam magnet?” as saying that Bitcoins are fairly easy to steal. I don’t necessarily agree with Mr. Maor that Bitcoins are “hard to trace” since they are on a permanent public distributed ledger. But this is a discussion for a different post.  Easy to steal? Just as easy to steal if I forget my wallet at a restaurant I suppose. The literature for IBM's PureFlex System (a complete, flexible cloud infrastructure system with integrated expertise), "IBM PureFlex provides an ideal environment for deploying Temenos T24 (PDF)"  also contains the following:

"...new entrants to the banking industry, such as Paypal, Bitcoin and Tesco, are not encumbered by antiquated core banking systems, creating even more pressure on traditional banks to update their way of doing business. To be successful, next-generation banks must be ready to compete in a manner that decreases costs, encourages business agility, and lowers risk.... Many banks have turned to Temenos, a leading global banking software company and IBM Premier Business Partner, to find a smarter way to meet the demands of the modern banking environment. Temenos T24™ (T24) is the world’s most widely used core banking system..."

This video entitled “Temenos Microfinance “ on YouTube is quite telling:

IBM has been tracking Bitcoin since at least 2011.  IBM Watson Developer Dale Lane  gave a presentation (PDF) "Messages from the future: Expectations of the social consumer," which discussed “Financial Services Scenarios”  which included “what consumers might expect from interactions with their bank in the future, and how this will be impacted by uses of social media. what could be the norm for how banks engage and interact with customers? and how bank customers interact with each other?” and discussed Facebook Credits and Bitcoin. At IBM’s 2011 CASCON, Proceedings of the 2011 Conference of the Center for Advanced Studies on Collaborative Research there was an “Introduction to bitcoins: a pseudo-anonymous electronic currency system” by Sergio Martins and Yang Yang (Jack Yang?) of IBM Canada Ltd. 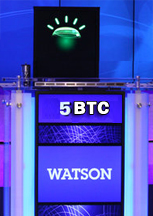 Altered Watson Jeopardy Image not via “What is a Bitcoin” (Youtube)

As Bitcoin usage spreads we will continue to see layers built around and on top of the Bitcoin Protocol.  Whether its the Air Force, Mastercoin, or IBM, Bitcoin will continue to drive innovation.  While the application is ambitious it appears to be a centralized concept.  I wouldn’t be surprised if IBM’s technology has gone through an overhaul since the filing.  Mr. Brown acknowledges, “I am hugely optimistic about the role cryptocurrencies (such as bitcoin) will play in the future – and one of the reasons is that they enable us to build decentralised digital asset registers.”  Indeed the the transition may already be underway: “In this post, I’ll explore some of the current thinking on how to build such a system...” Though these are ideas from his personal blog and are not necessarily representative of IBM’s “Bitcoin strategy.”