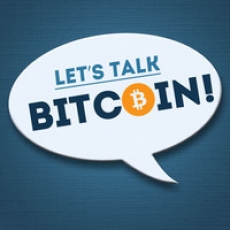 If you plan to visit Silicon Valley, where Spanish names lend a sense of grand antiquity to the ornate libraries, and colleges and government agencies that stand in the foreground of youthful exuberance and financial acumen, look for MexBT.com.?? Against this backdrop of orange-purple sunsets and the personal ambitions of men and women who understand the liberating power of technology and commerce, walk amidst the former apricot orchards and ramshackle birthplaces of corporate titans. Then do indeed follow those Spanish streets and travel through Paseo de la Reforma and the greenery of Chapulltepec Park – experience El Silicon Valley de México.

The latter (a Seedcoin-incubated startup) is, as I state in this previous column, a resource for Mexican citizens who send approximately USD $23 billion back to their country each year. My admiration for the company is twofold; first, it is at the center of popularizing Bitcoin in the Americas, aiding remittances between individuals and families in the United States and Mexico, as well as those throughout Central America; and secondly, recent partnerships with AstroPay and AlphaPoint – the former is a worldwide payment platform for Bitcoin, while the latter is a white-label exchange – underscore the indisputable and compelling evidence every investor values and every user appreciates: Growth.

These alliances demonstrate that Bitcoin can flourish – indeed, it is flourishing – in Latin America, courtesy of reliable payment solutions that enable merchants to increase their revenues and enjoy alternative ways of purchasing and depositing currency online.

Andrés Bzurovski, the Founder of AstroPay (which processed USD $46 million in transactions in 2013), is also an investor in MexBT.com, as is Seedcoin. His expertise, both as an early adopter of Bitcoin and as an executive or adviser to several e-commerce companies, is an incredible asset because – with his background as a serial entrepreneur and consultant – he can spot emerging business trends with accuracy and unrivaled timing. Those strengths, combined with MexBT.com, augur a new chapter in the trading of cryptocurrencies.

So, when I look at this relationship, when I follow the geography of Mexico and Latin America – from the tapered peninsula of Baja California to the volcanic belt of Sierra Nevada to the Isthmus of Panama and the azure waters of the Caribbean Sea – I bear witness to a vast cultural region, in which the currency of communication is Bitcoin.

The same rule applies to AlphaPoint – call it the democratization of Bitcoin, or the equivalent of a "plug-and-play" model – where users can customize and launch their own digital currency and Bitcoin exchange in less than 20 days.

With security and proprietary technology, this platform has a record worthy of praise and admiration. The ability to process one billion transaction in 28 minutes without incident, is a feat that stands as the ultimate example of the ascendancy of Bitcoin and the international legitimacy of this alternative currency.

A Digital Bond Between the ‘City of Palaces’ and the Pan-Latinism of Central America: 600 Million Voices of Independence

The lesson concerning these partnerships, and the reason I continue to highlight the importance of MexBT.com, is both a matter of factual significance and metaphorical consequence.

On the one hand, the numbers speak for themselves; in the multitude of oral and written dialects, from formal and informal registers to the colloquial commentary of a Mexican merchant to a Honduran entrepreneur, there is a digital form of Pan-Latinism, in which tens of millions of people are part of the Bitcoin revolution.

On the other, the symbolism alone – the translation of so many ones and zeroes into an uninterrupted narrative of Spanish prose – is a testament to boundless opportunity.

The unifying force throughout this southward march – rather, the north-south movement of transactions and trades among flags with colors aplenty and fifty stars shining brightly – is one man in particular: Gabriel Mirón, Founder and President of MexBT.com.

"Bitcoin is an international phenomenon, but it is also a regional wonder in Mexico and Latin America. Our role, which these agreements with AstroPay and AlphaPoint further, makes Bitcoin a part of everyday commerce; accessible to anyone, and secure for everyone," says Mr. Mirón.

I second that comment because, while the numbers confirm the popularity of Bitcoin across Mexico and her borders, there is a qualitative point to this story as well. There is a spirit of dynamism, a feeling of widespread enthusiasm – in modest townships and major cities, in impromptu meetings and scheduled events – a discernible awareness that, on a person-to-person level where trust is essential and integrity is indispensable, Bitcoin is a financial fact.

The rapidity of its acceptance, and the credibility of its usage – all of these things align in the same direction, encapsulated by a statement of truth and a proclamation of action. In a word: Forward!