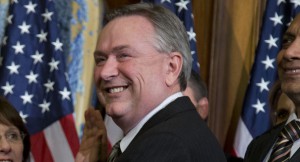 Connie Gallippi is founder and executive director of the BitGive (bitgivefoundation.org/) foundation and the sister of Tony Gallippi - Recently Stephanie caught up with Connie to talk about her origins, women in Bitcoin, the potential for charity, the types of help they need and of course, lots more. But first, Congressman Steve Stockman (stockman2014.com/) joined LTB’s Jonathan Mohan at the recently opened New York Bitcoin Center on New Years Eve for a wide ranging talk on Bitcoin’s disruptive potential CREDITS Bitgive was recorded and produced by Stephanie Murphy, edited by Denise Levine and featured Stephanie Murphy and Connie Gallippi The Congressman was recorded and produced by Jonathan Mohan, edited by Adam Levine and featured Jonathan Mohan and Congressman Steve Stockman Music was provided by Jared Rubens Calvin Henderson and Matthew Murkowski Questions or comments? Email [email protected] - Have a good one. General Support Addresses: Bitcoin: 1LTBShowv5nZ2fgZ4hWU7ieeDRNKSAxtov Litecoin: LZxkcspyUj3LnMjukTzcSSPkDvLu1uudZp