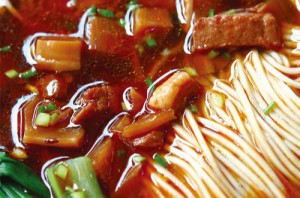 MediaBistro put on the first Inside Bitcoins West in las Vegas Nevada on December 10th and 11th, you’ve heard some of Stephanie interviews from the event and today I’m pleased to share two of my favorite talks from Las Vegas exclusively with you. Marco Santori is sometimes referred to as The Bitcoin Lawyer, and it’s not because he’s new to the game. We kick off todays show with the legalities of Bitcoin, money transmission and all the things you need to know but probably won’t be happy about. Then, If the Bull driving the recent price movements in Bitcoin have been about China, Bobby Lee and Malcolm CasSelle are probably some of the most interesting perspectives one can learn from. They Talk China and Virtual Currencies, and what regulatory clarity can do to the 10 million renminbi noodle stand. Both of these talks include Q&A. Thanks to MediaBistro for putting on another solid event, If you’re interested in being part of a future Inside Bitcoins event you can visitwww.mediabistro.com/insidebitcoins/. CREDITS Content from this episode was provided courtesy of MediaBistro, captured and edited by Adam B. Levine and featured Michael Terpin Marco Santori, Bobby Lee, and Malcolm CasSelle Music was provided by Jared Rubens and Calivin Henderson Questions or comments? Email [email protected] General Support Addresses: Bitcoin: 1LTBShowv5nZ2fgZ4hWU7ieeDRNKSAxtov Litecoin: LZxkcspyUj3LnMjukTzcSSPkDvLu1uudZp