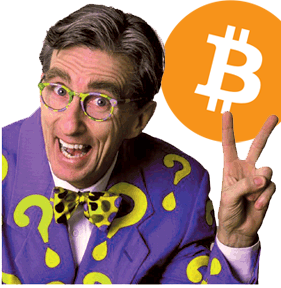 Stephanie and I joined forces for an hour long conversation covering the nuts and bolts in an easily understandable way. Our aim here is to create a show that can be shared with friends and family who might want very much to learn about Bitcoin but don’t even know where to start. We’ve got a lot of ground to cover, but there really is one question that stands above all the rest - What is Bitcoin? CREDITS The New User Show was produced by Adam B. Levine and edited by Matthew Zipkin. It featured Stephanie Murphy and Adam B. Levine What is Bitcoin performed and provided by Vooza and although quite funny, is quite wrong. Music was provided by Jared Rubens and Zhou Tongued. What did you think of Zhou Tongued? I’ve got several other Bitcoin related parodies that I think are quite good but I’m not sure if they’re appropriate for the show. Questions or comments? Email [email protected] - Episode 61 Tip Address Bitcoin: General Support Addresses: Bitcoin: 1LTBShowv5nZ2fgZ4hWU7ieeDRNKSAxtov Litecoin: LZxkcspyUj3LnMjukTzcSSPkDvLu1uudZp

Let's Talk Bitcoin filmed Jeffrey Tucker's Crypto Currency Conference in Atlanta, Georgia on October 5th, 2013. View the Keynote and first speaker panel for free, pay with Bitcoin to access the next 3.5hrs of talks and panels.