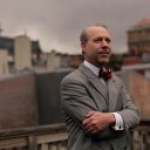 When has a regulatory agency ever declined the opportunity to put the screws to a new business venture? It’s been a long time since anything like that slipped by in the United States. The country in question here is Canada, which, despite its many socialist structures, increasingly might be dubbed the “land of the freer.” 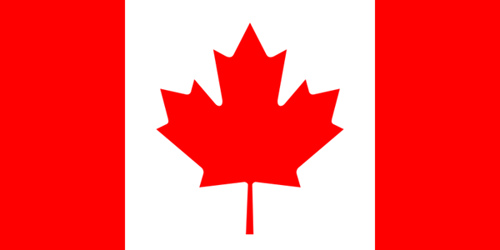 I have claimed for years that there is no unregulated product or service in the U.S. economy, and I have yet to be proven wrong- and regulators are always looking for more chances to muck things up, particularly in new and innovative industries such as crypto-finance.

Well, this you will not believe. A company named QuickBt allows people to use their Interac debit cards to pay with the digital currency Bitcoin to any vendor or through email. Before opening its doors, QuickBt approached FinTRAC, Canada’s financial and monetary regulating that guards against money laundering.

QuickBt explained what it does in great detail. It “provides real time purchasing of small amounts of crypto-currency using an INTERAC debit card” and it “facilitates online checkouts where merchants accept Bitcoin while consumers hold debit card balances.”

Upon considering these features, this was the conclusion of FinTRAC: “it does not appear that your business is engaged as an MSB [Money Service Business] in Canada as per the Proceeds of Crime (Money Laundering) and Terrorist Financing Act and its associated Regulations. Therefore, you cannot register your entity with us.”

Of course the regulator is exactly right. Bitcoins are a tool of exchange that offer ridiculously low processing fees and a much better way of moving money from one entity to another. This is a major reason for its growing adoption and for its increasing use in real transactions.

With QuickBt, consumers are buying bitcoin and then transferring those to merchants. No harm, no real money exchange as traditionally defined, no sneaky financial trickery. It’s just business, and the Canadian regulators have said: it’s not our business.

Meanwhile, just South of the border, regulators are putting the fear of government into every conceivable cryptocurrency merchant. Congress is issuing warnings. The Financial Crimes Enforcement Network is exacting fees. The feds are shutting down services here and then and driving others out of existence.

It’s so bad that Bitcoin advocates themselves are reduced to Stockholm-like begging: "please, regulate us as soon as possible." They figure that even draconian regulators are better than the current fear-and-loathing environment that has so vexed the crypto-currency community.

To be sure, Bitcoin itself is nearly impervious to regulation, given its status as a peer-to-peer, open-source protocol that lives on a ledger kept on a system of distributed networks. What’s more, transactions in Bitcoin themselves are necessarily detached from personal identity through use of cryptography, making them nearly impossible to follow or trace  under the right conditions.

But there is one aspect of Bitcoin that is very vulnerable to regulatory control: the coming and going from Bitcoin to government currency. It’s like moving from jail to freedom and back again. The wardens and nightwatchmen are always going to have something to say about the terms. Once you are outside the gates, they can’t touch you but especially free migration between Bitcoin and government currency will be nearly impossible.

To this extent, the continued progress in the realm of cryptocurrency will depend on tolerant regulatory environments.

You might say, oh sure, this makes sense. The United States has a world-reserve currency called the dollar to defend. It can tolerate no competition. It must make life hard for any new monetary invention lest the dollar itself be threatened. Should that happen, and should anything fundamental befall the U.S. dollar, the world economy would fly into a tailspin and we’d all be doomed.

I don’t believe a word of it. If Bitcoin really does become a threat to the dollar, and the dollar were displaced, the world would be better off as a result. Money would be returned to the market whence it came and leave the grasping hands of the political and financial elite who use their monopoly to exploit the rest of us. No more inflation, no more business cycles, no more multi-trillion dollar bailouts. Money would be private property, with a complete separation between money and the state.

Also, what does it say about just how secure the dollar is that the U.S. government has to restrict and control any competitor? It suggests a certain vulnerability. If the dollar were really the choice of the market, competition would pose no real threat. But of course that’s not the case.

[We’ll be discussing this with experts at Atlanta, Georgia, October 5, 2013 at the CryptoCurrency Conference. I'd love to see you there.]

What does this prediction imply? If you were starting a Bitcoin business, and you were trying to get a sense of where you might find a marginal tolerant locale in which to operate, might you choose Canada over the United States? It’s an obvious choice. One always prefers a regime that is willing to let people try to new things over those that try to strangle innovation in the crib. This sort of regulatory competition can only result in good things for Bitcoiners in Canada.

And here’s the thing about Bitcoin: it weighs nothing and takes up no space. It takes only a few seconds to send unlimited amounts from any place on earth to any other place on earth. It’s not like the old days when you had to slog gold around from place to place or move large buildings with pillars around. Business in the internet age -- especially those involving an internet money -- can be anywhere. Capital is more mobile than ever and will, over time, tend to seek out liberal jurisdictions over those that regiment every aspect of commerce.

The U.S. has a very bad habit, one that stands in complete contradiction to the very idea of liberalism. Its most fundamental tenet is that anything that is not heavily regulated probably should be completely illegal. The notion that stuff should just be permitted to happen and take its own shape in the course of trading and competition and the like is just not part of the mindset of an imperial paranoid state like the U.S..

The U.S. can slow down the trend but it can’t stop it. Cryptocurrency will find a home and it will be the one that is most welcome. The nations that punish it will die and those that welcome it will thrive. Ultimately, cryptocurrency could erase borders and free humanity from the chains of state economic control. Look to those regions like Canada that are, for now, open to genuine progress.