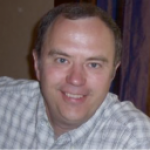 They earn a profit.

As the expectation of future value grows, the value of PTS should grow. When the value is paid out as shares of the expected DAC, it no longer is expected, and the PTS value should take a step down that is close to the value of the DAC that was just issued. PTS is like a capacitor that stores up the market's percieved value of all future DACs until some of that value is spun off with each DAC that is released. Thus, the best time to capture PTS is at the beginning of each recharge cycle - just after a big DAC has been launched. BitShares X is a very big family of DACs which should create such an opportunity for investors when it spins off on February 28th. It is hoped that eventually so many DAC projects are in the pipeline that each represents a small fraction of the total, and the steps down are negligible.  Meanwhile, each saw-tooth ramp in the value of PTS reflects the market's growing understanding and confidence as the next DAC on the horizon is developed (and critiqued) in full public view at bitsharestalk.org.  This provides a full spectrum of entry points to suit the risk vs. reward preferences of all investors. How far the expected PTS price drop will be remains to be seen. It depends on what PTS holders believe about the future prospects of the BitShares system. If the price drops a lot, then that means that they believe that the BitShares X is pretty much all there is to Invictus right now. If the price drops only a little, then that means that they believe that Invictus still has a lot of tricks up its sleeve.  Our best guess is that the new price should fall somewhere between 0% and 100%. Of course, there are some who are expected to sell their PTS as soon as they've captured their new DAC shares with a plan to buy them back just before another DAC is ready for release. This popular investment strategy is known as selling low and buying high.

Caution: Withdraw your PTS from exchanges and mining pools prior to February 28th because you must control the private keys to claim your shares in BitShares X.   If you leave your PTS in the exchanges on the 28th then the Exchange will get to keep your stake in BitShares X and most exchanges are not willing to give you the dividend your account earned.