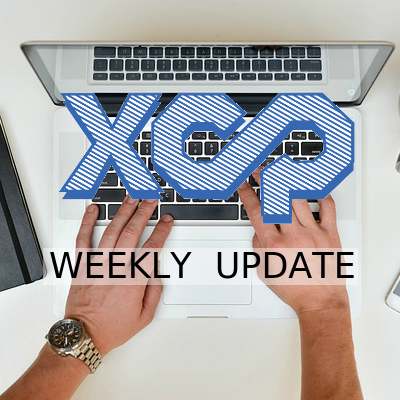 Robert Ross is a Counterparty Foundation Community Director and the Director of FoldingCoin Inc. Each week Robert and various guests will bring you the news of what has been going on in the Counterparty communities and also touching base on the other Bitcoin 2.0 communities.

I am happy to announce the ability for paid sponsorship’s. I accept any Counterparty Token that is on CoinMarketCap.com in addition to TOPFOLDER tokens, please click below

Thank You to Joel Deiz and Thomas Olson for coming on the show to talk about the state of Swarm.

Thank you to Chris DeRose and Joshua Unseth for the chit-chat recap of the week. I am looking into finding a permalink so you can simply click here to join the chit chat (an admin setting in the channel needs to change), but in the meantime please tweet @derosetech and he will grant you access.

Please contact me [email protected] with any Counterparty projects you are working on with suggestions to feature them on the show. Or contact me if you would like assistance or advice on how you can create your project on the Counterparty platform. I may not be able to answer your question or help your project, but I will do my best to find the person who can.

If you are an independent artist and would like to hear your song on this show, please email me at [email protected] and we can arrange something. Thank you to Cyrus Youngman and the Kingfishers for the audio segways.

Please join in the discussions on the forums at letstalkbitcoin.com and counterpartytalk.org

All tips, donations, and sponsorship payments from this podcast will be used to better the Counterparty Foundation.

This show is not intended for investment advice.

We are thrilled to announce that we have now reached 1 PB of storage on our network in just about a month. We have now completed the all 3 initial milestones for Test Group B. We’ve rewarded participants with over 145,000 SJCX so far! A big thank you goes to our community for the help provided so far; without you this wouldn’t have been possible. In a few hours we will take a snapshot and distribute 100,000 SJCX in rewards for the third milestone. We are working diligently on adding farmer uptime, and audits so we can distribute rewards more fairly. Once these features are complete we will distribute the remaining 900,000 SJCX throughout the month.

Once the Token Sale was over, we started to work hard to distribute you all your BCY and rewards and to finish what had to be finished to reach the first milestone and - here we are! The first Token Sale Milestone has been reached, and it brings a lot of new stuff for you! Alpha version of Spells of Genesis, playable in a web browser is now available HERE. ETHXCPCARD, playable as “Sir of the Ether vs Counterlord” is our new blockchain-based trading card, issued in a limited edition of 1 000 cards. All our swapbots (trading cards vending machines) have been configured to accept BitCrystals. All blockchain-based trading cards issued so far are now playable in Moonga. The unsold BCY, as well as all the non-distributed GENESISCARDs, will be burnt in the beginning of October 2015. Please, double-check that you have received the right amount of BCY and all blockchain-based trading cards you were eligible for. If anything is missing, please contact us before September 30th 2015. Any further complaints won’t be considered. Mail to: [email protected]

In general the Swarm philosophy requires not adherence to a single “chain to rule them all,” but a multiplicity of chains that are as complex as the web of life. In starting with design and being dependent on two other layers (Bitcoin and Counterparty), we faced all of the problems inherent with the design principles of those systems, especially the short-term speculative element. At the moment, we are transitioning to be truly full stack. In one sense, this means working with people’s core motivations and building the technology that reflects the maximum possibilities. Unfortunately, some of the middle layers that currently exist are stuck in old mentalities that are slowing down the progress of our implementation.

These last few weeks the entire GetGems team have been focused on making things simple, from the on-boarding process for a new user to sending a transaction. This update is specific to Android Build 2.4.4 (477) and iOS version 1.2.0. We noticed that many new and recurring users had an issue with the pin code and passphrase mechanism, which was especially made for the bitcoin functionality, so we decided to decouple the two. This means that fresh installs will only have a Gem wallet, and the bitcoin functionality can be opt-in via the settings screen. Sending money is much faster. What used to take about 6 seconds now takes less than 1. Alongside of making the clients perform better, we also made a great effort in upgrading our backend infrastructure. The upgrade included a better anti-fraud detection and performance boost, making the interaction with the clients super fast and extremely difficult to cheat the system. And yes, soon we will be releasing the first GetGems Desktop Client. We can’t wait to show it to you.

The system is pretty simple: Tokens are made available for the most popular football wagers on the premier game of every week. Point spread, straight up winner, and point total bets on the Sunday Night Football game. At the end of SNF every week, winning tokens will be bought back for 1 XCP each. Losing tokens will be worth nothing. These tokens can be purchased pregame just like you would normally place a bet on a football game, except that you buy them through the Counterparty Decentralized Exchange (DEx), or via any other method of obtaining CP tokens. The added feature that should have football fans drooling is the ability to buy, sell and trade these tokens at any time before and during the game!

This project is in very early stages, and not ready for production use. It is being actively developed by Citizen Code. We welcome feature requests and pull requests. Swarmbot is a bot designed to help automate the creation of community collaboration pods with their own digital currency, create bounties within those pods, and transfer assets to a person deemed to have successfully achieved the bounty.