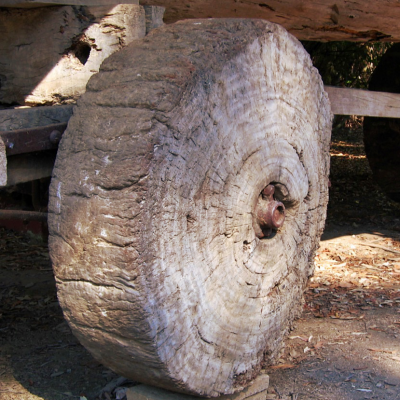 I’ve been fascinated with the concept of tokens for some time now. Tokens are easy to create application specific cryptocurrencies that borrow the infrastructure of a larger blockchain like Bitcoin, and give many of the same broad, powerful and inexpensive features to purposes that might not warrant its own blockchain, miners, etc.

In order to send a token, you not only need that token but a very small amount of bitcoins. You can think of the bitcoins as a stamped envelope into which you place your Tokens. It then rides through the bitcoin network, is added to the blockchain by bitcoin miners, and the entire package of both envelope (bitcoin) and contents (tokens) are delivered to the recipient.

The tiny amounts of bitcoin you send doing this process is both a cost and an advantage. Since miners accept bitcoins rather than the token, each token can be created as needed and used as dictated by the needs of the project. This means each token, given proper management and a worthy cause, can be infinitely customizable to the needs of its use.

A Cryptographic Token created through Colored Coin, Counterparty, Mastercoin or other protocol is really just a decentralization of participants’ trust in the validity of the token itself. Without it, the issuer would have to worry about counterfeiting and fraud, the holders would have to worry about transparency. Using a token solves both problems, they are nearly impossible to fake and the ledger of creation and ownership is public but does not connect to real identities in a way that violates user or issuer privacy.

The token is not held in your hand or even in your wallet. It lives as a data entry on the blockchain and its only function is to be controlled by the latest keyholder it is assigned to, as defined and encoded into the Bitcoin distributed ledger to the standards and best practices as defined by the Counterparty protocol.

The token lets you or anyone else know if they really possess tokens; there is no ambiguity or room to negotiate what the current state of the network is. Knowing what the token’s true name is proves it is not a fake or forgery in the same way a counterfeit bitcoin simply cannot appear in your wallet with no explanation. These individual, unfakeable events are then tallied up; the total is the unmistakably correct balance.

Whether a given token has value is a function of the market (all the people out there who might want to acquire or get rid of the token in question) individually asking themselves: If the thing it is supposedly useful for is valuable or desirable If the person or group promising to give it that value is credible, or not.

Not all tokens should be valuable. The cheap, collectively verified unfakability is a boon for uses entirely non-monetary in nature... But that’s another topic for another time.

Before the advent of tokens, you literally had to launch your own blockchain with your own miners and developers to take advantage of these basic blockchain features. Some did it anyhow, but for most small or speculative uses this meant it was impractical to even pursue the projects and so many didn’t.

Now the process of creating a token takes minutes and costs dollars with no maintenance or development costs and the security of the biggest cryptocurrency around. What was impossible becomes mundane, so the challenge shifts.

What Tokens Don’t Do

It turns out, the token is just the first part of a larger puzzle and while the token is getting attention, it’s really the other pieces that are both more interesting and most desperately needed.

When you create a token, it’s generally not just to hold onto all of them. You either want to give them to people, or sell them to people or more likely a combination of the two. You want to be able to deliver them in an automated, programmatic fashion and in many cases you’ll want people to be able to redeem them according to the rules you propose and they buy into.

Sometimes that will be for physical goods that need to be delivered, sometimes it will be for digital goods that must be downloaded. Redemption in some cases is used to order goods, reserve time or pay for services.
What about using the token as a way to distinguish your peers from the masses of the internet and have an ongoing conversation with them everywhere you go, in public but only visible to those who ought see?

All of these things are possible, but the token does none of them by its nature.

This is not an obvious problem until you run headlong into it as was my experience with LTBCOIN, and subsequently I’ve found it to be the experience of most new token creators.

The possibilities are endless, but nothing is easy and to do any of it you've got to invent the wheel.

Nearly a year later, our solution is Tokenly - a technology infrastructure company building open source software solutions that make tokens more useful and usable to everyone.

Here's a peek at what's ready now (and open source!)

In the next blog post we'll explore the Swapbot Multi-Token Vending Machine system and hint at the surprising complexity that can emerge from systems made up of many small players.