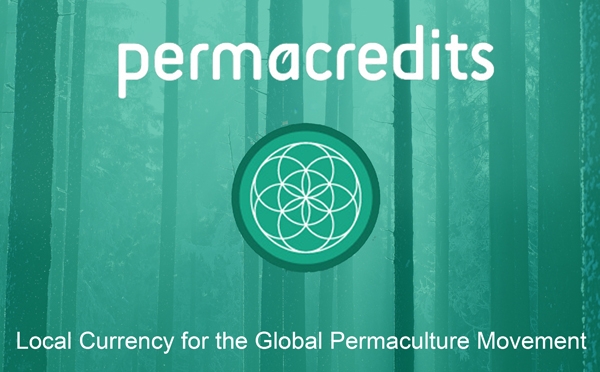 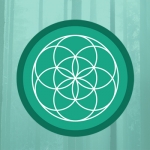 Note: This is the first in a series of short stories that look at what life would be like in Colony Earth Corp., a member-owned lifestyle corporation that builds exquisite living environments that run on Permacredits.

Conner gets out of his vehicle and approaches his house in Colony Earth's groundbreaking first development, an idyllic permaculture-based self-sustaining eco community. The house is an Earthship set into a hill, with a south-facing smart glass exterior that runs across the front side. The glass collects solar power, protects against harmful UV rays, and also serves as a smart tablet user interface to the house's central computer.

As he walks from his car to his home, Conner checks his smartphone for the latest Bitcoin prices. He gives no thought to the sensors outside the house as they register his wallet and ownership token from his Bluetooth-enabled phone.

As he approaches the front door, the near field communication device inside his smart home and phone register his proximity and the double doors slide open like they do on the Starship Enterprise.

The Earthship's ambient lighting system turns on and soft electronic dub music, Conner's favorite, starts playing. He had selected it in the settings he enabled for his token when he first moved in. The walls and the ceiling themselves light up as though they were glowing. In fact they are. The new "Lumilor" lighting system that was painted on the interior walls and the ceiling when the house was built efficiently lights the interior with a total energy consumption comparable to a single LED light bulb. This is hardly a blip for the home's rechargeable fuel cell that is constantly topping up its reserves. Thanks to the solar array built into the south-facing greenhouse window wall, Conner's house is completely fueled by clean, renewable energy.

The site for this particular neighborhood was chosen because it is close to an international airport and also has a river flowing through it. Colony Earth, the member-owned lifestyle company that built this and other neighborhoods, installed a number of micro hydropower generators in the river. These generators power the neighborhood and sell any extra electricity to the local electric grid.

Conner puts his briefcase down, pours himself a glass of pure mountain spring water from his sink faucet and walks to the display on the window. He enjoys the view of the valley as the display's motion sensor registers his presence. Before Conner finishes his water, the screen turns on and he hears the comforting voice of Beyonce say, "Welcome home, Conner. How can I help you?" He has always had a thing for Beyonce. When his wife and kids are home, the computer registers their presence and reverts to a tamer English gentleman's voice.

Conner taps the Colony Earth app icon on his display. Three columns fill the screen. The first on the left shows his account balances in every money system he uses, including USD, EUR, BTC, LTC, Permacredits, and more. Next to each balance is the current conversion rate into USD. Conner is pleased that his holdings are increasing and he notices Colony Earth has just paid out its yearly dividends -- the co-op membership plan he has with Colony Earth entitles him to a share of the profits. He is paid in Permacredits, the currency that powers the Colony Earth Corp. eco development and numerous others.

Conner can see that the sales of the bioluminescent Bio Glow crop this year went really well once the technique was applied to create glowing roses. Also, with all the rain this season, the hydroelectric plant sold more power to the local grid than ever before. It's no wonder this year's dividends are quite substantial.

The second column on the screen shows the projects and rewards (also called contracts or bounties) being offered in his neighborhood and others. It looks like the fuel cell in unit four needs to be replaced. And a work crew is being organized to plant this season's community garden.

Conner is not a gardener. His gardening experience is limited to the time his mom had a backyard flower garden when he was a kid and he would accidentally trample it while playing football. But that doesn't matter.

Last season, his wife wanted the kids and him to do something fun together, so they helped out as a family with the building of the community garden. They were even paid for it -- 10 Permacredits each. Conner remembers being totally reluctant at first but, as the work progressed, he came to love the physical labor and camaraderie offered by the project. The kids had a blast, and he and his wife enjoyed the laid-back social environment where nothing was expected of them.

Their Community Supported Agriculture share was extra bountiful that week. Under this system, people pay a farmer up front for their vegetables at beginning of the season and then pick up their weekly share of the produce. In Conner's case, the family's vegetables are delivered directly to his door by the community garden he helped set up -- a most satisfying feeling.

Conner taps the community garden project and registers himself, his wife and their kids for this coming year. He is still not too keen on gardening, but he admits it was worth it the first time. He learned something new and got to see his wife and kids have a great time.

Like all Colony Earth contracts, financial records, and member votes, project bounties are issued on the blockchain and Conner can immediately see that the 10 Permacredits promised for this new job were automatically placed into escrow until the farm steward signs off on the work they have to do. While the reward is not the primary reason Conner chooses to join the community garden project (this is like a mini staycation for him and his family), being compensated for helping out is one of the many perks of living in a Colony Earth development.

Conner then notices a vote bounty in the app's center column and taps it open. This is kind of a big deal -- a vote for the new CEO of Colony Earth.

The Colony Earth co-op is run by decentralized consensus over the blockchain -- a revolutionary concept when it was first set up -- and it helped pave the way for other decentralized autonomous corporations. As a result, there is complete transparency as regards its structure, financial records, design plans, and statutes.

This time, there are two candidates for CEO: the man who founded Colony Earth and another well-known individual who has run several nine-figure corporations.

In what was the most anticlimactic and unusual campaign, Colony Earth's founder distributed a personal video message to all Colony Earth members inviting them to vote for his adversary. He stated that he endorsed the potential new CEO based on the grounds that she was an ethical, capable, and visionary woman, fully committed to the values that built Colony Earth. The election would go ahead on the blockchain anyway, to make sure it was done properly and the result was what everyone wanted. Conner clicks the vote tally for the new woman and discovers he is among the overwhelming majority on this one. He gets paid 1 Permacredit for casting his vote. Nice!

He quickly skims over the rest of the bounties and finds nothing of significance for him, although he sees an interesting one about a woman in one of Colony Earth's Kenya developments who is looking for someone in the US to import her village's crafts. He stars that one for later reading. Conner runs a number of businesses in the US and one of his associates imports crafts from Bali. Perhaps he could find a market for Kenyan Shea Butter.

The third column on the screen is where Conner can post his own bounties. He takes a look and sees that the request he placed for cleaning his house was accepted and now signals complete. He just arrived home from a weekend business trip, while his wife visited her parents with the kids, and she had asked him to have the house cleaned before they all returned.

He does a quick walk through the house and notices all the laundry folded and put away, and everything is spotless. Great! His family will arrive home any minute now.

Conner goes back to the interface, taps "completed" on his created bounty, and notices his escrow balance decrease by 40 Permacredits, which are transferred to his neighbor, Gillian, who had taken on the job. When he placed the request, he was able to choose the minimum rating he required from applicants, similar to when he travels around the city using Uber. He likes Gillian and is aware that she has a high rating for good work, honesty, and quick completion of tasks. Besides, he actually knows her personally and knows that she earns her income mostly from onboarding vendors and members into Colony Earth. Conner laughs to himself at how seamless the hiring process is and, since he is a finance guy, he notes that next weekend's Community Gardening staycation is going to pay for his house cleaning.

He gazes once more at the beautiful valley below, enjoying the last quiet moments before the Earthship fills up again with his children's laughter and a bubbly family.