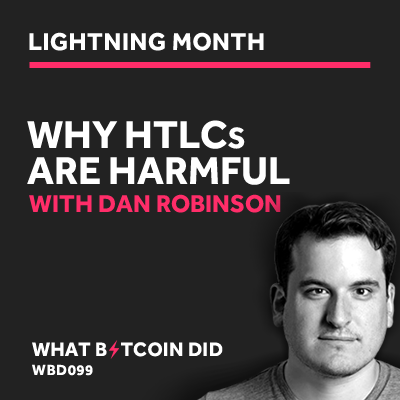 What Bitcoin Did #99 Why HTLCs are Harmful with Dan Robinson

The Lightning Network continues to grow at an impressive pace, both in terms of network capacity and development. As the network grows, more people are using and testing it, leading to open debate of its design.

Dan Robinson is a notable critic of the Lightning Network yet still a fan, and he believes that the problems he has identified can easily be solved.