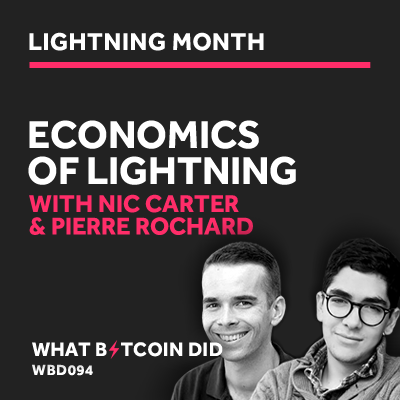 “To me, it is pretty staggering actually that Bitcoin has never had a real confirmed double spend.” — Nic Carter

The Lightning Network is a second layer scaling solution for Bitcoin, designed to maintain the security of the protocol while offering a new way for users to send and receive Bitcoin, ideally faster and cheaper.

The Lightning technology is new and essentially in a live beta where users are encouraged to test it out, but with small and limited amounts of Bitcoin, still, the capacity of the network is growing fast. As more users come onto the network and the capacity increases, users are finding areas which can be improved, and developers are working to implement upgrades.

Lightning is not the same as the base chain; the experience has differences which can take a little getting used to. At the moment, users have to create channels and be aware of the capacity of these channels. Further, the lightning network is intrinsically linked to the base chain, opening a channel creates a transaction, and therefore a fee and these fees may impact how people use Lightning.

The complexity is a reflection of how new Lightning is but it is improving all the time. In this interview I talk about the economics of the network with Nic Carter and Pierre Rochard, We discuss the fee market, the future of the block subsidy and whether base chain fees will lead to a two-tier Bitcoin.