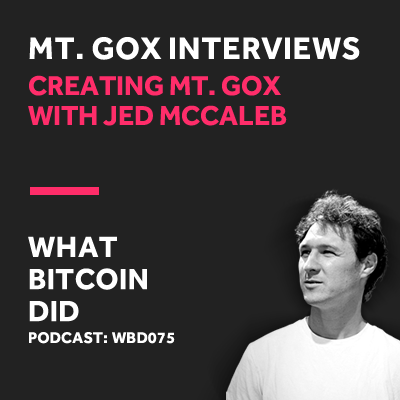 What Bitcoin Did #75 Jed McCaleb on the Creation of Mt. Gox

“A big part of the reason I handed it off to Mark is that the amount of effort that you need to put into security is something I didn’t want to do.” — Jed McCaleb

In February 2014 Mt. Gox suspended trading and filed for bankruptcy after approximately 850,000 Bitcoins were stolen, at the time, valued at more than $450m. At the time of its demise, it was being run by Mark Karpelès who had acquired the site from Jed McCaleb in 2011.

In this interview, I talk to Jed about the creation of Mt. Gox, the handover to Mark Karpelès and what responsibility he shares for its collapse.