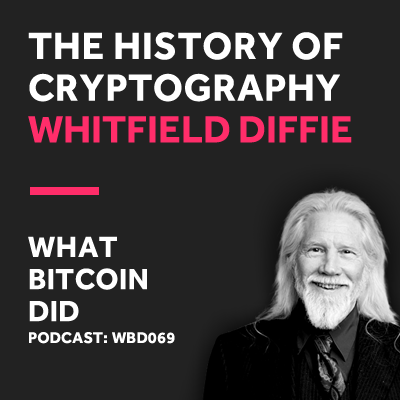 What Bitcoin Did #69 The History of Cryptography With Whitfield Diffie

“It is rare for first implementations of such broad concepts to do as well as that did, Bitcoin is still here 10 years after it started out.”

A number of pioneers developed the cryptographic and technical foundations for which Bitcoin is built upon. Nick Szabo highlighted a number of these people in his Tweet:

Many others along the way have contributed to the success of Bitcoin, either through early work or attempts at created a digital currency, names such as Adam Back, David Chaum and Szabo himself.

Whitfield Diffie sits alongside all of these people. His work on cryptography should not be forgotten in the history of Bitcoin and I had the pleasure of sitting down with him to discuss this, how he was introduced to Bitcoin and other such topics as privacy and security.