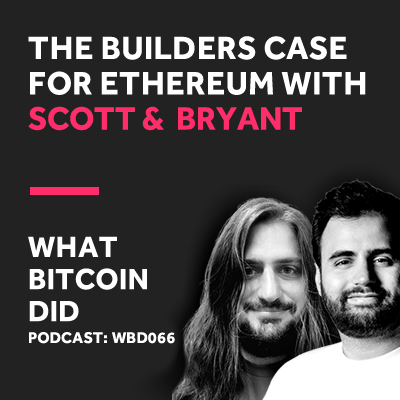 “Ethereum is 10 - 100 times more complicated than what Bitcoin is. There are certain situations where more complexity is justified.”

When Tuur Demeester released his Tweetstorm breaking down the issues he has with Ethereum; the community was quick to respond. While many appreciated the effort Tuur had made to raise critical issues, some from the Ethereum community were critical of his points.

Two people who directly responded and which Tuur shared on Twitter were Scott Lewis from Settle and Bryant Eisenbach from GunClear.

Following Tuur’s appearance on my podcast discussing his Tweetstorm, I invited both Scott and Bryant onto the podcast to offer a response to Tuur’s points and also discuss other vital topics relating to Ethereum.