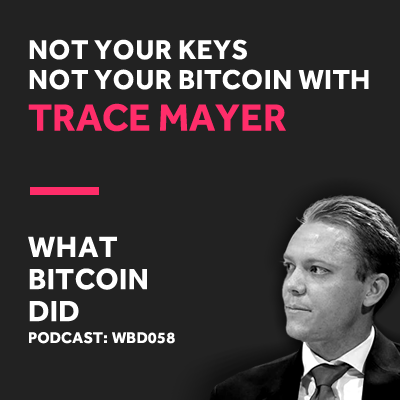 “Bitcoin is for all of humanity, it is the greatest technical innovation when it comes to sound money.”

Own your private keys! OWN YOUR PRIVATE KEYS!

Trace Mayer is attacking this problem head-on with his campaign Proof of Keys, where he is encouraging everyone to take their Bitcoin off-exchange on January 3rd, the 10-year anniversary of the launch of the Bitcoin protocol.

Trace rightly points out that there are many new entrants to Bitcoin who aren’t aware of what happened with Mt. Gox as well as the other countless exchange hacks. In this interview, we discuss the campaign, but we also discuss why Bitcoin is important, Austrian Economics and The 7 Network Effects of Bitcoin.