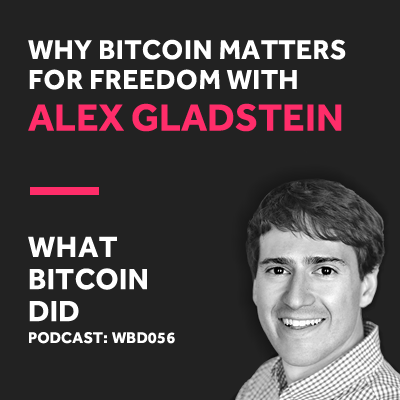 “A lot of the dismissals, criticisms and attacks on Bitcoin come from people who have the luxury of having a stable financial system.”

All too often price dominates the discussion with Bitcoin: an ETF approval will be great for the price, we need institutions, when is the next bull run? Also, naysayers criticize Bitcoin when the price crashes, calling it a speculative asset with no utility. Is price a distraction from the potential for Bitcoin?

A regular criticism of fiat is the ability for governments to print money on demand, leading to inflation and a reduction in the value of the local currency. This has been seen most evidently with the failed socialist policies of two successive Venezuelan presidents.

Bitcoin and cryptocurrencies are an opportunity for people living under these regimes to create and protect value, and trade while reducing their exposure to the risks of their domestic currency.

Other use cases exist, from Bitcoin being used to pay women unable to get bank accounts in Afghanistan to companies using Bitcoin to transact outside of capital controls. The common theme is that cryptocurrencies offer freedom from rules, whether those are state or legacy processes.

In this interview, I talk about why Bitcoin matters for Freedom with Alex Gladstein, Chief Strategy Officer at the Human Rights Foundation. We discuss what fundamental human rights are lost under authoritarian regimes, how Bitcoin and cryptocurrencies increase freedom and how Dem Tech (Democracy Tech) could lead to a wave of investment in cryptocurrencies.