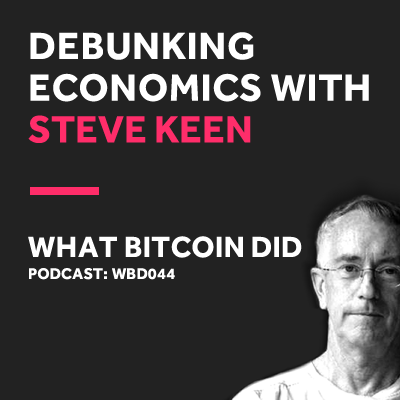 “One of the great weaknesses of the human species is we have this belief of a perfect world.”

Steve Keen is challenging modern economic theory which led us into the 2008 crisis. With his two books: Debunking Economics and Can We Avoid Another Financial Crisis, Steve outlines the inherent flaws in the capitalist system which are required to make them work.

Bitcoin is often praised by proponents of Austrian Economics, but Steve believes that Bitcoin will fail due to flaws in the protocol design. In this interview I talk to Steve about why the 2008 financial crisis happens, the flaws in the current capitalist model and what Steve like and dislikes about cryptocurrencies.