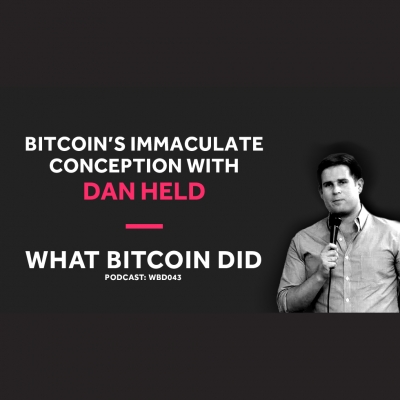 What Bitcoin Did #43 Dan Held on Bitcoin's Immaculate Conception

“I think the world becomes a better place when we stop asking for permission and start building.”

Role: Co-founder and Director of BD

It is 10 years since Satoshi Nakamoto released the Bitcoin whitepaper, and in that time the protocol has survived so much: state-level bans, the Mt. Gox collapse, the closing of the Silk Road and civil war to name a few. Bitcoin has survived and is a +$100bn network, changing the rules and nature of money.

In this bonus release, I talk with Dan Held from Picks and Shovels about Bitcoin’s immaculate conception.