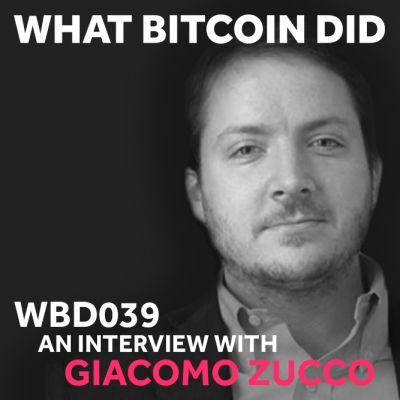 What Bitcoin Did #39 An Interview with Giacomo Zucco

“Ethereum itself is not an experiment in something new, because they tried to implement any bad idea that was already discussed with Bitcoin in 2013.”

While the slide was part tongue in cheek, and I suspect point 3 was trolling Bitcoin Cash supporters, many took this as a strict doctrine of Bitcoin Maximalism and attacked Giacomo for it. Bitcoin Cash is indeed under threat, the Bitmain IPO has identified how much Bitmain accepting and buying BCH is supporting the price, and outside of Bitcoin, very few projects have managed to demonstrate use case or adoption.

Even with Bitcoin, there are no coiners who attack the entire crypto space, chief amongst the naysayers is Nouriel Roubini, who last week declared war on crypto with his testimony to Congress. The disappointing thing about Nouriel’s presentation was that he made many good points, but became lost amongst exaggerations and falsities.

In this interview, I discuss Nouriel’s testimony with Giacomo Zucco, the disservice he did himself with how he presented his arguments and what Giacomo and I agreed and disagreed with. We also discuss: