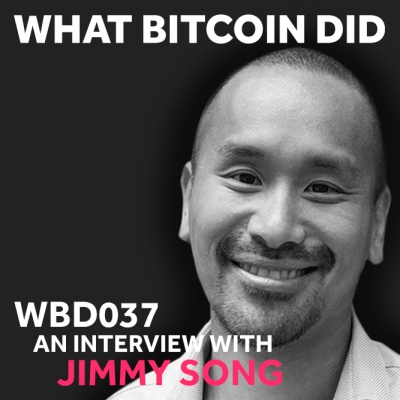 What Bitcoin Did #37 An Interview with Jimmy Song

The recent Bitcoin protocol bug, CVE-2018-1744, received considerable amounts of alarmist press, “For less than $80,000, you could have brought down the entire network,” “The most catastrophic bug in recent years, and certainly one of the most catastrophic bugs in Bitcoin ever.” Despite these claims, few looked into the detail of the bug and the game theory behind executing an attack.

Code has bugs; code has always had bugs, rather than focus on criticising developers it is important to assess how it happened, why it happened and how to avoid similar problems in the future. Alongside process, it is also important to not just analyse the potential damage a bug can cause but also the game theory behind an attack.

While the founder of the bug, Awemany, used his discovery of the bug to launch a scathing and personal attack on Bitcoin, Jimmy Song analysed the bug, how it could be exploited and the game theory behind such an attack.

This week I caught up with Jimmy to discuss his findings, and also: