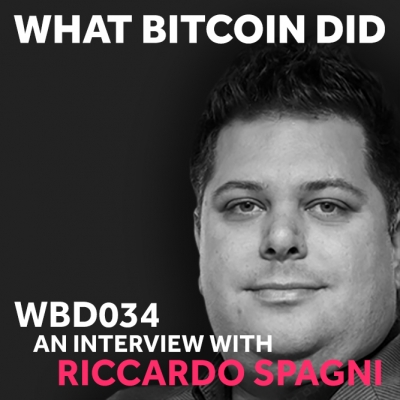 “Over the last 10 to 15 years there has been an uprising of people who value privacy, not because they are weird and want to go and hide in the woods, ordinary citizens who are not happy with how much data they are handing over.”

David Chaum said that “Privacy is tied to human potential, an important aspect of democracy”, yet increasingly we are finding our lives are being tracked, both commercially and via the government. We blindly provide Internet giants such as Facebook and Google with massive amounts of data about who we are, what we do and the things we buy.

The Cambridge Analytica scandal highlighted how are data is abused and used to manipulate us. There is now an uprising, a growth in awareness of the value of privacy. People are hiding their browsing activity, and Internet giants are under pressure to be more responsible with data.

In this episode, I talk to Riccardo “FluffPony” Spagni, core team member of Monero, a privacy-based cryptocurrency. Monero is often accused of being a tool for the criminals and drug dealers, but Monero is a tool for financial privacy, a way for us to keep our economic activities and transactions private.

In this episode we discuss:

-What is coming up for Monero