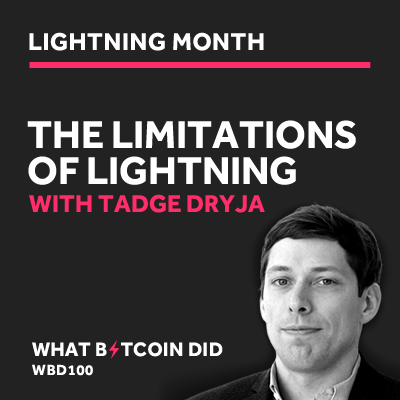 “In the future, if you have this one-megabyte restricted blocksize and the Lightning Network, it is still the rich people and companies that can use lightning but the average user probably can’t.” — Tadge Dryja

Proponents for on-chain scaling have been harsh critics of Lightning, questioning everything from the time it has taken to develop to whether it does solve high fees. Proponents of Lightning often defend it, claiming it is early, and many exciting things are being developed to address these early issues.

What is clear is that the Lightning Network has much to prove, and there are risks it will not solve all the issues with scaling and potentially becomes a tool for the Bitcoin rich.

Tadge Dryja co-authored the Lightning Network whitepaper with Joseph Poon and worked on the initial implementation. In this interview, we discuss the limitations of the Lightning, why Bitcoin might not be for everyone, alternative scaling ideas, the fee network and inflation.