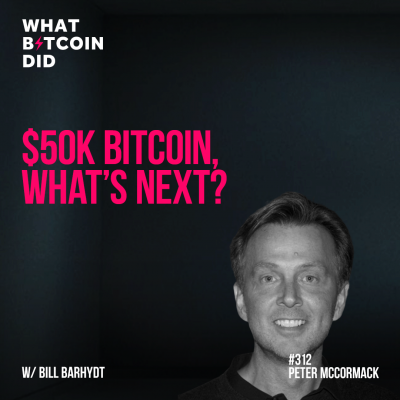 In the last week, bitcoin broke $50,000 for the first time, a significant milestone, helped by corporate adoption. Tesla’s $1.5bn bitcoin buy was a watershed moment. Still, it would likely not have happened without MicroStrategy, who themselves announced this week that they would be raising another $900 million to acquire more bitcoin.

Using Bitcoin as a corporate treasury asset is only expected to grow, with some bitcoiners suggesting that as many as half the S&P500 will hold bitcoin in their balance sheet before the end of 2021.

The next logical step after corporate adoption of Bitcoin is the nation-state. With India looking to ban Bitcoin, it is clear there is still a large amount of scepticism from nation-states. However, the first country to embrace Bitcoin will likely see the same benefits as MicroStrategy did.

In this interview, I talk to Bill Barhydt, the CEO and Founder of Abra. We discuss what $50k bitcoin means, increasing corporate adoption and which nation-state will be the first to embrace Bitcoin.