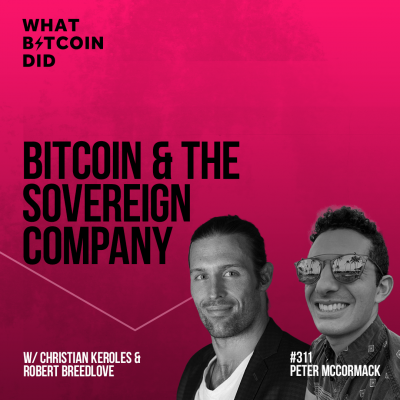 Bitcoin is the separation of money and state. It allows hodlers to opt-out of government-issued fiat currency and take sovereignty over their money. For many libertarian-minded Bitcoiners, this was the draw to Bitcoin, even before it had any real value.

Throughout late 2020 and into early 2021, more and more companies have added Bitcoin to their treasuries. MicroStrategy led the way, but the most notable is Tesla's recent $1.5bn Bitcoin acquisition.

For many, Bitcoin's attraction is due to its monetary policy and thus is a hedge against the unprecedented levels of money printing and the fear of high inflation. However, as Christian Keroles said in his article for Bitcoin Magazine The Sovereign Company Thesis "As companies adopt Bitcoin, they will begin to gain new levels of sovereignty and leverage over the state … this in and of itself will challenge the dynamics of governance and the nature of nation-states as we currently know them.

So, what does the future of sovereign companies look like?

In this interview, I talk to Christian Keroles, the Media Editor of Bitcoin Magazine and Robert Breedlove. We discuss the idea of sovereign companies, jurisdictional arbitrage and moving away from a state-controlled world.