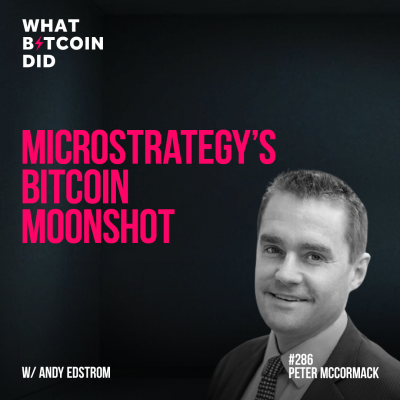 When MicroStrategy acquired $425 million of Bitcoin earlier this year, it sent a clear message to corporations everywhere, that Bitcoin is a valuable asset and can be a vital part of a company's treasury.

With an asset as volatile as Bitcoin, this move wasn't without its risks, however, just a few months after piling into Bitcoin, that $425 million is now worth around $750 million.

Now just a few months after first buying Bitcoin, company CEO, Micael Saylor is not happy with the company's 40,824 Bitcoin and now has plans to raise another $550 million to buy more.

In this interview, I talk to Andy Edstrom, the Head of Institutional Investment at Swan Bitcoin. We discuss MicroStrategy's Bitcoin moonshot, ETFs, mass awareness & adoption and the race for corporations to own Bitcoin.