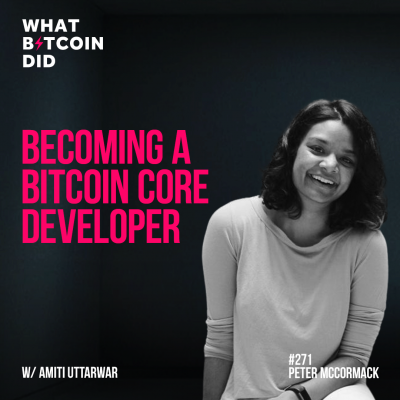 Due to the decentralised nature of Bitcoin, committing to becoming a full-time core developer comes with challenges. While the Bitcoin network is worth over $200 billion, there is no central development fund to ensure that developers are working full time on the protocol.

While there are numerous independent contributors, many developers rely on support from a growing number of companies such as Chaincode Labs, Blockstream, Lightning Labs and a handful of others who fund work on the protocol.

In this interview, I talk to Bitcoin Core Developer Amiti Uttarwar. We discuss her residency at Chaincode Labs, contributing to Bitcoin Core, working on open source projects and the blacklist controversy.