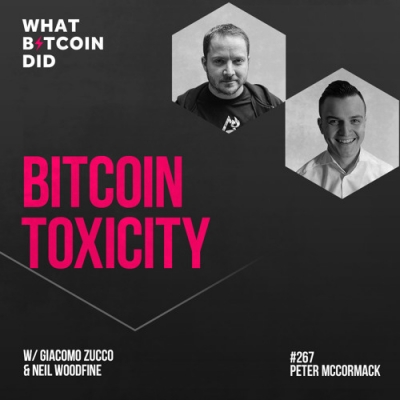 Bitcoin can be a toxic place. Ask the wrong question or fall on the wrong side of an argument; the community can be vicious in its response. It is a daunting place with Bitcoiners not only clashing with altcoin projects but with each other regarding Bitcoin ideas too. Rarely a day passes without a fight of some kind exploding on Twitter.

However, toxicity plays an important role. Bitcoin is a threat to the legacy financial system, and being decentralised; anyone can contribute. Bitcoin is therefore open to a broad range of attacks from technical to social and Bitcoin's immune system defends against these attacks to protect the protocol.

Segwit2x highlighted how a group might choose to co opt Bitcoin with dangerous consequences. Radical scepticism is levelled against other projects, people and companies to ensure that no outside party can have a negative influence on the future of the best money we have ever had.

So, what are the positives and negatives of toxicity in Bitcoin? When does toxicity cross the line and are there any unintended consequences?

In this interview, I am joined by Bitcoin consultant and educator Giacomo Zucco and Neil Woodfine, Marketing Director for Blockstream. We discuss toxic Bitcoin maximalism, unintended consequences and politics within Bitcoin.