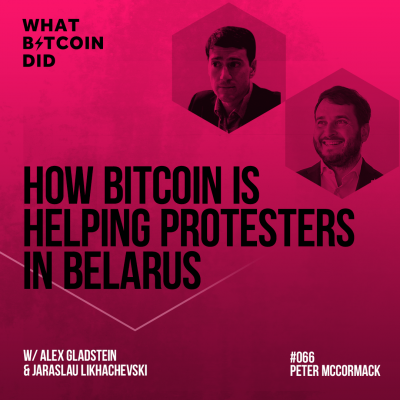 Belarus is in the midst of massive protests, sparked in August by an election win for the long time leader of the country, Alexander Lukashenko. Lukashenko has been in power since the first presidential election in Belarus in 1994 when the country gained independence from the Soviet Union. The constitution following independence limited presidents to two terms but Lukashenko fought to change this and has remained in power since.

Following the disputed election on August 9th hundreds of thousands of people have taken to the streets claiming Lukashenko rigged the election results. Opposition leader Svetlana Tikhanovskaya is claiming that she is the rightful president with reports that she had won 60-70% of the votes.

Protestors are targeting state infrastructure by striking. To support those standing up to the regime, the Human Rights Foundation has set up a Belarus Solidarity Fund. They are using Bitcoin as a censorship-resistant way of getting money to those striking to supplement their lost wages.

In this interview, I talk to Alex Gladstein the Chief Strategy Officer at The Human Rights Foundation and Jaraslau Likhachevski from BYSOL We discuss the political situation in Belarus, the protests and how Bitcoin is helping activists.