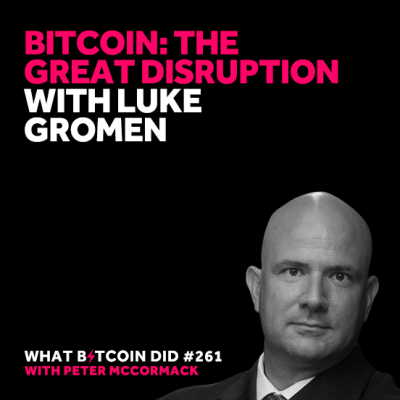 In 1971 Nixon announced that the US would sever all ties between the dollar and gold and would no longer convert dollars to gold at a fixed value of $35/oz, putting an end to any remnants of a gold standard and ushering in a new era in finance.

This new system led to decades of excessive risk-taking, cheap credit and questionable incentive structures. In 2008, the new system came crashing down when the US housing bubble burst and in turn, sent the entire world into the worst financial crisis since the great depression.

To manage the economic crash, central banks pushed quantitative easing to stimulate the economy, but now, 12 years later, the world's economy is again teetering on the edge.

The COVID-19 pandemic has highlighted the fragility of the global economy. With decades of currency debasement, investors are turning to scarce assets such as gold and Bitcoin to hedge the risk of inflation.

In this interview, I talk to macroeconomist and founder of FFTT, LLC Luke Gromen. We discuss the current macroeconomic climate, how the system that has been in place for the last 50 years is coming to an end and why we need Bitcoin.