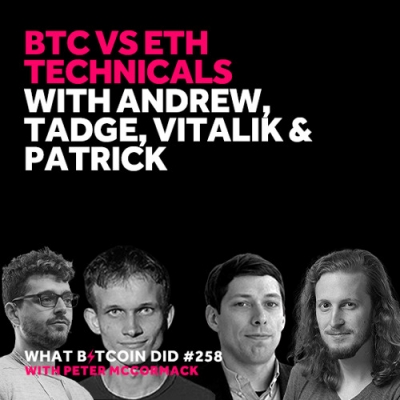 In my recent Bitcoin Vs Ethereum show, I was joined by Samson Mow and Vitalik Buterin to discuss the philosophical differences between Bitcoin and Ethereum.

For me, the fundamental differences between the two are quite clear, where Bitcoin is conservative and slow, focusing on sound monetary policy, Ethereum is inflationary, experimental and has, what many consider unachievable goals.

In this episode, I am joined by Andrew Poelstra, Tadge Dryja and Vitalik Buterin and Patrick McCorry. With Paddy as co-host, we discuss the fundamental and technical differences between Bitcoin and Ethereum, scalability and use cases.