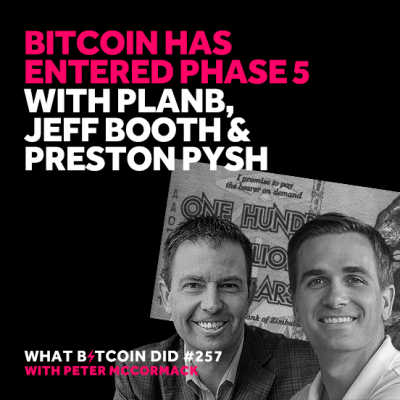 When Plan released his revised Stock-to-Flow model as a Cross Asset Model (S2FX), he added a new concept: phase transitions. This revision to the model takes into consideration the evolution of Bitcoin’s use and meaning, as such, from proof of concept to payments to e-gold to a financial asset.

Following the halving in May, many have speculated what the next transitional phase would be for Bitcoin, with the model predicting the price of Bitcoin potentially reaching $288K.

With Bitcoin being a provably scarce asset, in times of unprecedented money printing and fiat currency debasement, the bull case for Bitcoin is clear. However, in August, MicroStrategy sent a clear message to businesses everywhere, when in August they announced their purchase of 21,454 Bitcoin, over 0.1% of the total supply.

MicroStrategy CEO Michael Saylor said that they view Bitcoin as a “dependable store of value and an attractive investment asset with more long-term appreciation potential than holding cash”. Other companies have started following MicroStrategy by holding Bitcoin within their treasury.

Could companies holding Bitcoin to protect their cash reserves be the next phased transition for Bitcoin?

In this interview, I talk to Bitcoin quant analyst & creator of the stock to flow model, Plan₿, author of The Price of Tomorrow Jeff Booth & author, engineer & the host of The Investor Podcast, Preston Pysh. We discuss how Bitcoin S2F is entering phase 5.