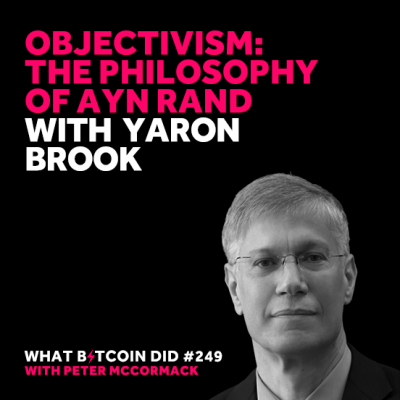 WBD249 - Objectivism: The Philosophy of Ayn Rand with Yaron Brook

Ayn Rand was a Russian-American philosopher and author who developed a philosophical system known as Objectivism.

Objectivism has many similarities with Libertarianism, both believe in non-aggression as well as capitalism via a genuinely free market; however, the critical area they differ on is the role of a central government.

While many libertarians believe anarchy is the only way of overcoming government overreach, objectivists believe in a limited government.

In this interview, I talk to Yaron Brook, host of the Yaron Brook Show and Chairman of the Ayn Rand Institute. We discuss the differences between libertarianism and objectivism, how an Objectivist society would work and Bitcoin.