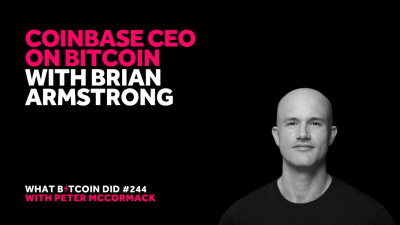 Coinbase is amongst the largest and most established Bitcoin companies in the world, and it has secured itself as one of the most accessible places to buy and sell Bitcoin. Its latest round of funding valued Coinbase at $8.1 billion, and there are rumours that the company plans to be listed on a U.S stock exchange later this year.

Forbes recently called Coinbase ‘Bitcoin’s Guardian Angel’ and claimed it would make ‘crypto safe for all’; however, the view within the Bitcoin community is quite different. Coinbase has come under heavy scrutiny in recent years, most notably for their $13.5 million acquisition of blockchain intelligence company Neutrino. Following this acquisition, it was revealed that the Neutrino founders were involved in the Hacking Team, a team of people who reportedly sold surveillance tools to governments, including authoritarian regimes. With this news, #deletecoinbase was trending on bitcoin twitter, putting CEO Brian Armstrong under considerable pressure to fire the team.

More recently, Coinbase again sparked controversy when The Block reported that the company agreed to sell blockchain analysis software to The Secret Service and the IRS, and was planning a similar deal with the DEA.

In this interview, I talk to Brian Armstrong, CEO and Co-Founder of Coinbase. We discuss the difficulties in running a large startup, regulations, the Neutrino acquisition & providing analytics to government agencies with Coinbase Analytics.