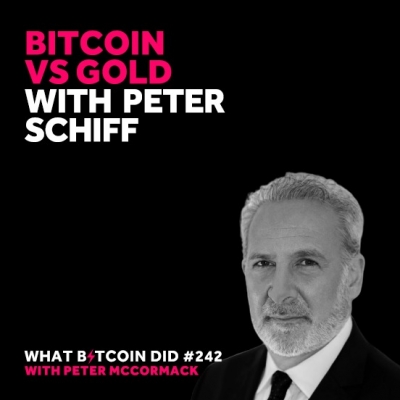 The reasons to hold either gold or Bitcoin are similar, yet the two assets possess different tradeoffs and risks. Bitcoiners often refer to Bitcoin as digital gold or gold 2.0, as they consider it a store of wealth like gold. Whether you prefer one asset or are a proponent of both, these assets help protect individuals against the broken fiat monetary system, inflation and a debt-based economy.

While the assets have many similarities, for some, it isn’t gold and Bitcoin; instead, it is gold vs Bitcoin. Peter Schiff is a stockbroker, financial commentator, economist and gold bug who is hugely sceptical about Bitcoin. Schiff regularly derides Bitcoin on twitter and has done so since 2012 claiming that Bitcoin has no intrinsic value.

In this interview, I speak to Peter Schiff, and we discuss what he doesn’t like about Bitcoin, if he sees the alignment between Bitcoin and gold, the properties of sound money and if Bitcoin should be considered a store of value.