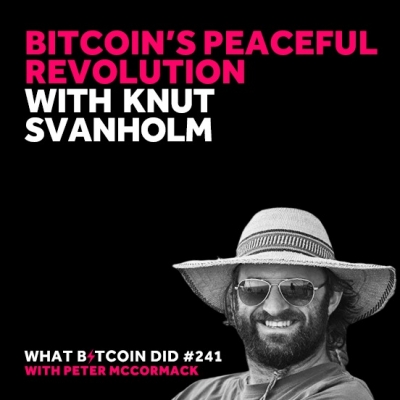 Libertarianism is something I have been wrestling with since I discovered Bitcoin. Hard money leads you down many rabbit holes, and questioning the role of the state is one of the deepest.

At face value, libertarianism sounds perfect; more freedom, less intervention and limited or no state. However, I have struggled to understand how this would play out and if the idea of an anarchist society being civil and moral is just an ideological fallacy rather than a practical reality.

Many libertarians see hyperbitcoinisation as the most likely manifestation of an anarchist society, in that it allows individuals to be self-sovereign, take control of their wealth and remove power from the government.

In this interview, I talk to Knut Svanholm, author of Bitcoin: Sovereignty Through Mathematics and Bitcoin: Independence Reimagined. We discuss libertarianism, collectivism v individualism and how Bitcoin is the only path to a libertarian society.