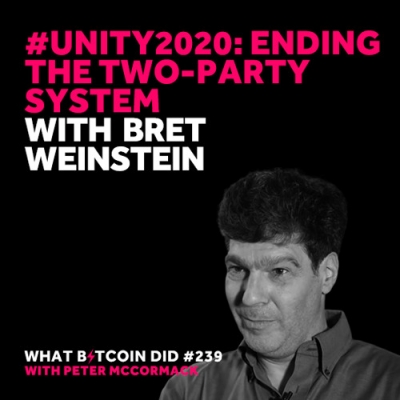 In 2017, Bret Weinstein was thrust into the public limelight, when he objected to a change in the college's tradition of observing a "Day of Absence". Bret stating that "there is a huge difference between a group or coalition deciding to voluntarily absent themselves from a shared space in order to highlight their vital and under-appreciated roles, and a group or coalition encouraging another group to go away." It led to widespread protests and claims that Bret was "a racist" and the college was forced to close for two days.

Following the Evergreen College protests, Bret outlined the threat of behaviour like this spilling over into the outside world. His concerns were proven correct after the death of George Floyd.

In the days following Floyd's death, people took to the streets across the US and then across the world. What originated as a Black Lives Matter movement, quickly became infiltrated by far-left groups.

In this interview, I talk to Bret Weinstein, a biologist and evolutionary theorist, who was at the center of the Evergreen College controversy. We discuss the US protests, bipartisan politics, inequality, and where Bitcoin fits into this and #Unity2020.