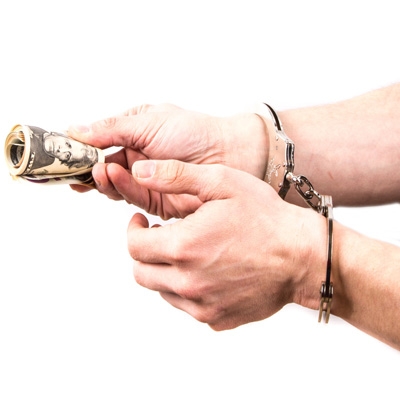 When doing new things, it is not uncommon to find completely unanticipated results. The recent events impacting TheDAO have opened my eyes to a reality that is very contrary to the one I thought I knew. Why are we interested in smart contracts and what really is their value?

Peer to Peer Ecommerce - For the People?

Shortly after the launch of OpenBazaar, I invited co-founder Brian Hoffman on the Let's Talk Bitcoin! show to discuss the project. When the subject of who the product was providing value for came up, the conversation went in a direction I did not expect.

Because OpenBazaar is a brand new network, it is orders of magnitude smaller than the audience you can reach with a simple ecommerce webpage. This means that anything that can be sold openly through the existing ecommerce paradigm is better served by what we already have than by OpenBazaar.

Someone selling illegal items or quasi-legal things they don't want tracked back to them would not want to use OpenBazaar. As a fully Peer to Peer system, your computer has to connect and serve your store directly to the computers of other users. If law enforcement connects to you, they've got your IP address and you're hosed.

And the Winner Is...

The people who get the most value out of OpenBazaar turned out to be those selling things like used underwear.

It's not illegal to buy and sell used underwear but it's the type of item that is often disallowed by terms of service at Ecommerce Platforms or Payment Networks because it is a social taboo.

So OpenBazaar enables the guy selling used underwear to upgrade his ecommerce offering from furtive craigslist postings where borders and boundaries are a problem, to a more store-like experience with better merchant controls but arguably a much smaller audience than they'd find on the open web.

Brian told me that the OpenBazaar team had worked hard not to make assumptions about how the tool would be used. But if they had known, would they have created a technology that seems to only really offer value to people in fringe legal-but-taboo markets? They didn't know who would find it valuable, but once it was being used it's easy to look at how it's being used... And that brings me back to TheDAO and smart contracts.

Given that nobody had ever used distributed, transparent "Smart Contracts" for anything of significant value before TheDAO, we didn't know the answer. But I had some personal assumptions. I felt like the group most underserved by the current system, and who would benefit the most from Smart Contracts, would be low value, totally legal, fully automatable transactions that are not economical to hire a lawyer and manpower for continual, perpetual enforcement of the contract.

If it costs $100 or $1000 per contract you're executing, they have to be at least worth $100 or $1000. If you can get that cost down to $0.50 per contract and the execution itself is automated, the list of interesting things you can do just explodes.

In the long term this is almost certainly true. Smart Contracts when done properly will offer an orders-of-magnitude faster and cheaper solution compared to how things are done now and will certainly open up new markets we haven't even conceived of... But that's in the long term.

In the now and near future, momentum conspires against us - Businesses and professionals already use the legal system to great effect and are for the most part served well by it. But there is a part of the market that the legal system shuns; the contract fulfillment and enforcement needs of active bad actors.

I'll stop playing around with metaphors. One of the individuals claiming to be or represent TheDAO "Attacker" said that they are putting together a smart contract that will award 1,000,000 Ether plus 100 bitcoins to miners who do not upgrade their mining software to endorse the recovery effort. There is doubt this message really came from "The Attacker" but this it true either way.

The deep irony here is that for every participant but the attacker, TheDAO would have been better as a conventional Corporation that has the protection of the existing legal and financial systems.

I had thought that Smart Contracts would be most useful for low value legal transactions because they bring down the cost. In reality it seems they best serve high value, illegal transactions. Why? Because they are uncensorable and can operate in public on behalf of an attacker, engaging with and transparently awarding people who do what the attacker wants without disclosing their identity.

One of our products is a tokens-in, tokens-out online vending machine; Software-as-a-Service platform, we call it Swapbot. Basically, logic on a server controls the private key to and can watch the balances of a single bitcoin address. Operators create "swap logic" that allows them to define what exchange the bot will make on their behalf, accepting payments via the bitcoin network into its address and vending to paying customers from that same address.

This is a great use-case for smart contracts. Right now we run it on our centralized servers where it's cheap, fast and works great. But because the logic and private keys reside on our servers we need to have very tight security and forbid use of our services to certain types of users like Initial Coin Offerings that may carry regulatory risk down the road.

Moving the Swapbot product into one or multiple smart contracts makes a lot of sense because it gets all of those problems off of our plate among other meaningful advantages.... But TheDAO has demonstrated rather poignantly the inflexibility and inability to correct unanticipated issues when they inevitably arise is literally fatal. To fix anything after the problem has occurred, you need to effectively convince the consensus based reality to abandon its current course to fix your particular issue... Even if you succeed, this action will cause a whole lot of problems and set precedents that have no easy outcomes.

Am I Missing Something?

And again we're led back to the most important point of this article - Whether you're talking about a future Swapbot smart contract or TheDAO, it looks to me like the bad actor / attacker / thief / whatever is the singular person who benefits most from using a smart contract instead of a more conventional legal structure.

Am I missing something? Let's talk about it. And if i'm not, why are we so excited about smart contracts being deployed right now?